Venture capitalist Chamath Palihapitiya, a self-proclaimed “disciple” of billionaire Warren Buffett, says bitcoin is the best financial hedge against an uncertain world economy. And unlike his anti-crypto mentor Buffett, Palihapitiya thinks you should buy some bitcoin to protect yourself.

“It’s the single best hedge against the traditional financial infrastructure,” Palihapitiya told CNBC. “Whether you support the fiscal and monetary policy or not, it doesn’t matter. This is the schmuck insurance you have under your mattress.”

Palihapitiya first bought the original cryptocurrency several years ago when its price hovered at $100. In 2013, he and his Silicon Valley tech pals once owned 5% of the entire float of bitcoin.

Basically, Palihapitiya says you should invest in bitcoin in light of today’s uncertain economic outlook. Besides, he reasons, what have you got to lose by allocating a tiny portion of your investment portfolio into crypto? 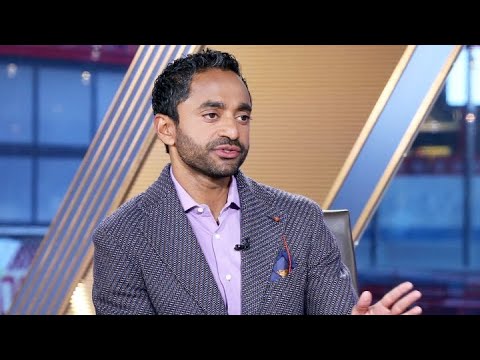 Palihapitiya, a former senior executive at Facebook, is the founder and CEO of Social Capital, a private equity fund based in California.

Palihapitiya joins a growing chorus of crypto evangelists who say that despite bitcoin’s volatility, it’s not a bad idea to cover yourself by investing a little in it.

This is a similar argument to the one recently made by Arthur Hayes, the CEO of the Bitcoin Mercantile Exchange (BitMEX), the world’s largest bitcoin derivatives trading platform.

When asked why anyone should buy crypto, Hayes says it’s because it could be worth a lot of money in 10 years — or it could be worth zero. So Hayes concedes that investing in bitcoin is a gamble. But he says it could pay off handsomely, so why wouldn’t you invest in it?

As CCN.com reported, Buffett has also repeatedly trashed all cryptocurrencies as worthless, speculative gambling. Moreover, he predicts that crypto will eventually come to a bad ending.

Professor: Bitcoin Is Not a Reliable Safety Net

Of course, for every bitcoin bull is a skeptic who believes it’s too volatile, too speculative, and completely worthless.

Dimitrios Koutmos is an assistant finance professor at Worcester Polytechnic Institute in Massachusetts. He warns that bitcoin is not an effective hedge against an uncertain economy or a volatile stock market.

In his report “Market Risk and Bitcoin Returns,” Koutmos says he’s sounding the alarm for the irrationally exuberant cryptocurrency investor.

Koutmos says his research indicates that the bitcoin price is not as independent of external influences such as the general economy, stock market movements, and geopolitical uncertainty as its proponents claim.

So as the global economy slows down, buying crypto as a hedge against a recession is not advisable, Koutmos says.

In fact, Dimitrios Koutmos says the risks of investing in bitcoin outweigh the potential benefits of using it as a financial safety net.

“This paper cautions that Bitcoin prices, despite their seemingly attractive independent behavior relative to economic variables, may still be exposed to the same types of market risks which afflict the performance of conventional financial assets.”

Koutmos looked at BTC prices between January 2013 and September 2017 and examined the degree to which they were affected by short-term interest rates, foreign exchange rates, and expected volatility in the stock markets. These are factors that heavily influence the movement of the Dow Jones and global stock markets.

Koutmos found that interest rates and projected instability in the stock market and foreign exchanges were “important determinants of bitcoin returns,” especially during periods when the crypto market is less volatile.

In other words, these factors — combined with inflation and the general state of the economy — affected the bitcoin price as much as they affected any other asset.

Accordingly, Koutmos claims bitcoin is not “a unique asset class whose price behavior is detached from economic fundamentals.”

Samantha Chang
Samantha Chang is a New York City-based financial editor who writes about crypto and business at CCN. She is a law school grad and an alum of the University of Pennsylvania. You can reach her on Twitter at Samantha Chang or email her at schang121@juno.com.
Subscribe
0 Comments
Inline Feedbacks
View all comments
← PreviousRichard Branson’s Virgin Galactic IPO Ups the Ante for Musk and Bezos
Next →Why Apple Stock Remains a Raging Buy