Elizabeth Warren is sending a chill down Wall Street’s spine as she rises in the polls, but one billionaire is not afraid to publicly criticize her policies, regardless of the backlash he might face in the future. Speaking to Politico, hedge funder Leon Cooperman warned that the U.S. senator from Massachusetts and 2020 Democratic presidential candidate wants to destroy the American dream.

That’s a polite way of phrasing his comments, anyway. The actual words that Cooperman used were somewhat more colorful:

“What is wrong with billionaires? You can become a billionaire by developing products and services that people will pay for. I believe in a progressive income tax and the rich paying more. But this is the f*cking American dream she is sh*tting on.”

Besides seeking to impose a wealth tax on the extremely rich, Warren has proposed heavy regulations on Wall Street’s activities.

This is not the former Goldman Sachs executive’s first assault on Warren’s presidential campaign. Last week, Cooperman, who is worth $3.2 billion, warned that the U.S. stock market would tank by 25% in the event that Warren won the presidency.

In fairness to Warren, he predicted a similar market meltdown under a Bernie Sanders administration.

In Cooperman’s case, that would trigger a $96 million tax bill in year one. However, he might find a silver lining in the fact that a Warren-induced stock market crash would reduce his wealth tax liability. 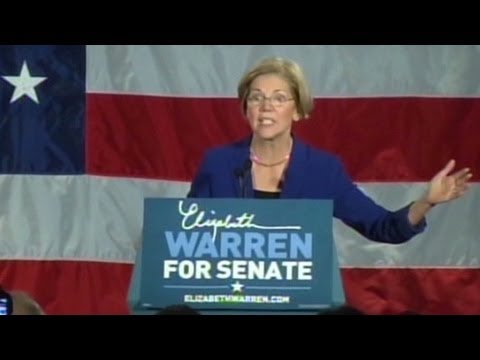 Those fears have grown more intense since the presidential candidate started climbing in the polls, even overtaking longtime frontrunner Joe Biden in many Democratic primary surveys.

The latest national Quinnipiac poll shows that Warren (28%) maintains a comfortable edge on Biden (21%). Bernie Sanders comes in at third place, polling at 15%.

Novogratz: My fellow billionaires must ‘lighten up’

Not all billionaires are afraid of Elizabeth Warren, though. Last week, Mike Novogratz, the CEO of crypto merchant bank Galaxy Digital, urged other wealthy people to “lighten up” about the presidential candidate’s tax proposals.

“[97% of the] people in my world are really, really fearful of her,” he complained.