By CCN.com: CNBC’s Thursday morning got off to a hilarious start thanks to an interview with billionaire Leon Cooperman. The hedge fund investor said the stock market is “in a zone of fair value.” 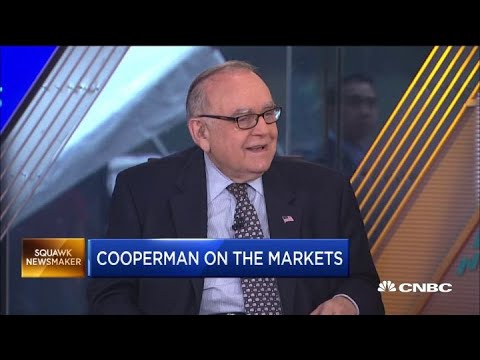 Just How Overvalued Is the Stock Market?

It isn’t a good idea to criticize a guy who has far more money than most people, but there’s a degree of insanity associated with a claim that the stock market is anywhere close to being valued properly.

On virtually every metric, the stock market is impossibly valued.

The most glaring metric is the Shiller P/E Ratio. This metric is the standard price-to-earnings ratio but adjusted to reflect inflation from the previous 10 years.

Look at the chart.  The market is at its second most expensive ever.

Here’s another way to look at the same data, which tells us the stock market is in the 95th percentile of historic valuations:

The fundamental valuation ratios of stock markets in every country are seen on this map.  The U.S. is one of the most overvalued – and this was on April 30.

GuruFocus sees projected annual returns in the U.S. market at -1.9%.

Leon Cooperman pointed out that the stock market has been driven by virtual free money from the Fed given its reliance on historically low interest rates.

The billionaire investor acknowledged there are other macroeconomic problems driving the market higher.

He pointed out that there is $12 trillion of sovereign debt paying negative interest rates. That means if you lend money to a certain group of European countries, you receive less back than what you lent.

Negative interest rate policies from central banks make the cost of borrowing so low that it drives demand for loans and investment. Rather than pay the bank to leave money in its possession, those nations put that money to work, driving up asset prices.

We May Be Close to the End

To his credit, Cooperman added that the stock market is getting close to a state of euphoria.

“Bull markets are born from pessimism, they grow is skepticism, they mature in optimism, and die in euphoria. If the market is fairly valued at 2,900, I’d say 3,100 is knocking the door of euphoria…if we have a big move from here, it’s the close-out move in my opinion.”