Gates’ triumph was doubly sweet because it came after Microsoft beat out Amazon to win a $10 billion cloud-computing contract from the US Department of Defense. Gates currently owns $15.5 billion worth of MSFT stock – nearly 15% of his entire fortune. 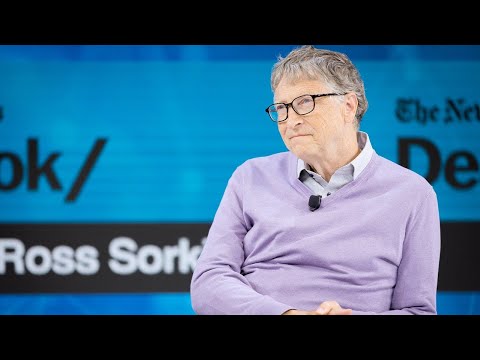 It’s appropriate that a cloud computing announcement pushed Gates into the lead on the net worth charts. If he is to stay ahead of Bezos, his best hope lies in the continued growth of Microsoft’s cloud division, Azure.

Reback predicts that Azure could be Microsoft’s biggest business by 2023 based on rapidly growing demand:

Over the last several quarters, it has become increasingly clear, based on large cloud deal activity and strong hybrid cloud growth, that as enterprises of all sizes begin their respective digital transformation journeys, Microsoft is effectively tapping into sizable Tier-1 enterprise workloads that it was not directly exposed to in the client/server world.

Watch your back, AWS!

In recent quarters, some of the firms that have inked deals with Azure include Walt Disney Studios, Walgreens, BMW, and AT&T.

Reback expects Azure to be a $35 billion business in fiscal 2022. But by fiscal 2023, Azure will be a bigger business than Microsoft’s current cash cows – the Server and Tools businesses, Office productivity software, and the Windows operating system – combined.

Moreover, Microsoft Azure has been growing at a faster rate than Amazon Web Services in 2019. In its most recently reported quarter, AWS enjoyed 35% revenue growth. Microsoft Azure’s revenue swelled by an astounding 59% over the same period.

The most expensive affair in the world?

To be fair, Bezos’ drop in the billionaire rankings wasn’t just about cloud computing. It was aided by his divorce earlier in the year following an extramarital affair.

Prior to his record-setting divorce, he owned about 17% of Amazon’s shares. Currently, his stake is about 12%. Mid last year, when he was comfortably the world’s richest person, he had opened a gap of $50 billion with his nearest rival.

But Amazon’s stock has also been appreciating at a slower pace than Microsoft’s.

Since the start of the year, Microsoft’s stock has grown by close to 50%, making it the Dow’s second-largest gainer year-to-date after Apple. Amazon, on the other hand, has appreciated by less than 20% since January.