By CCN.com: Presidential hopeful Beto O’Rourke has stupidly chosen Alexandria Ocasio-Cortez as his “policy model” and unleashed a climate change plan he definitely didn’t write by pasting the Green New Deal into Google Docs and performing a search-and-replace.

The plan calls for $5 trillion to be invested in the United States’ infrastructure over the next ten years to make it a zero-emission nation by 2050. O’Rourke says that the “greatest threat” facing our country today is climate change.

That sounds just like AOC when she prophesied that the world would end in 12 years if we didn’t act quickly.

Beto’s proposal is basically a retread of the failed Green New Deal, only new and improved (read: more expensive).

So how does Robert Francis plan to pay for a pricey plan like this in such a short amount of time? Taking another page from AOC’s book, he reveals – in very polite verbiage – that he’s planning to make sure “corporations” and “the wealthy pay their fair share.”

In other words, he’s planning to tax the rich.

This is little more than a cheap knockoff of Ocasio-Cortez’s plan to instill a 70 percent tax on the nation’s one percenters. She, of course, cribbed that idea from France, which canceled the policy after only two years when it failed miserably to bring in any substantial revenue.

Democrats claim to be worldly yet refuse to see when the world’s policies don’t work.

Heading into Yosemite National Park to talk about our historic climate action plan. Follow along throughout the day and read the plan at https://t.co/T41DaUruQ1 pic.twitter.com/S7RSUVblfu

What people like O’Rourke and AOC seem incapable of understanding is that a wealth tax cannot work because it is designed to target income. Extremely wealthy individuals do not earn high salaries, but rather accumulate their wealth through stocks and similar investments. These assets, unless dividend-heavy or sold for profit, cannot be touched by an income tax, which means eventually, the expenses associated with a plan like this would potentially fall on the shoulders of middle-class citizens.

O’Rourke’s wealth tax would also only account for the first $1.5 trillion of the plan. Where does he hope to receive the other $3.5 trillion? Much like Bernie Sanders’ ridiculous and unexplained Medicare for All bill, there’s virtually no mention of where the rest of the money will be derived from. In typical Democrat fashion, O’Rourke thinks people are dumb enough to fund something without knowing all the facts just because it sounds appealing.

Beto Needs to Realize His 15 Minutes of Fame Are Up

AOC’s Green New Deal came to a sudden halt last March when it earned zero votes in the Senate. It even failed to convince longstanding Democrats like Senator Dianne Feinstein of its worth. There’s no reason to believe that O’Rourke’s plan won’t suffer the suffer the same fate. Generating this amount of money in just ten years is not realistic. It would put the country in massive debt and likely enslave America to international lenders. 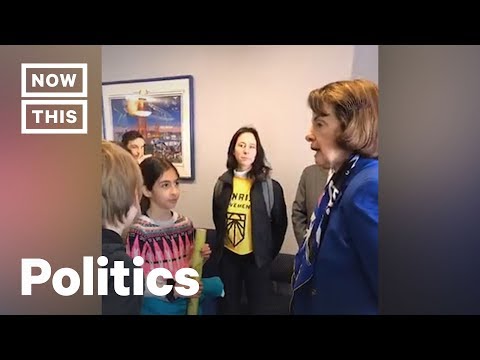 Just weeks after announcing his candidacy, Beto O’Rourke’s media attention and poll numbers began to sink dramatically. Republican National Committee spokesperson Mandi Merritt claims that his climate change plan is just a desperate attempt to make himself relevant to voters on the east and west coasts:

“Beto’s $5 trillion in new government spending is strictly designed to impress his chardonnay swilling coastal elite friends. The fact is the money has to come from someone, and taxpayers across the country are not going to foot the bill for Beto’s crazy plans.”

O’Rourke already lost his chance at a Senate seat against Ted Cruz, a relatively unpopular candidate, in Texas last November. If O’Rourke can’t hold his ground against someone like Cruz, what makes him think he could ever win the White House?