By CCN.com: Bernie Sanders is looking to spread good cheer throughout the U.S. He is offering up another idea that would allegedly alleviate millions of residents of their crippling student loans. Unfortunately, the White House hopeful has been slow in explaining how he plans to fund it.

In a recent tweet, Sanders expresses his disappointment regarding student debt, saying that tuition-free college for all is something the country must “ensure.” He also ends the message with a general statement that a “tax on Wall Street greed” could make this happen.

This is obscene: while the top 25 hedge-fund managers each take home an average of $850 million a year, nearly half of college students have to skip meals for the crime of pursuing an education. We must ensure tuition-free college for all, funded by a tax on Wall Street greed. https://t.co/VoMYOVyqwW

A “tax on Wall Street greed” would imply that Sanders wants to tax the wealthy to fund his plans. This makes him a carbon copy of Beto O’Rourke, who seeks to implement a wealth tax to fund his new $5 trillion climate change plan. Ironically, O’Rourke also fails to explain how he’ll obtain $3.5 trillion of that required $5 trillion because a wealth tax would only account for $1.5 trillion.

O’Rourke’s plan is also just a rip-off of Alexandria Ocasio Cortez’s now defunct Green New Deal, which required a 70% tax on the wealthy to garner the funding it needed. Elizabeth Warren is another candidate suggesting higher taxes for wealthy Americans to potentially lower college debt. The proof is growing every day that Democrats have no originality. All they know how to do is copy each other’s policies and pass them off as their own.

In the case of Sanders, his ideas are not unique. This is the second time he suggests a Wall Street tax to fund a free college for all goal. The first was introduced during his 2016 presidential campaign. At that time, Sanders suggested that the tax on Wall Street to fund free college for students would occur through what’s known as a speculation tax. The real problem is that it wouldn’t simply target the wealthy or major stockholders as he claims. 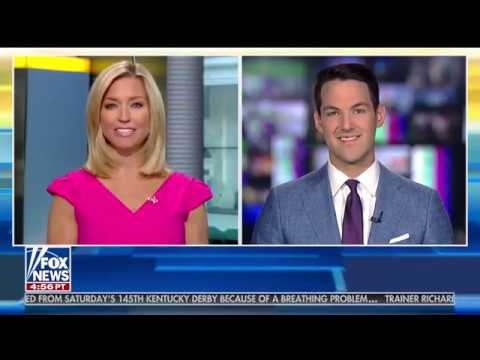 Every single time a stock, bond or derivative is sold, the seller and buyer would pay a tax on the transaction. Thus, even if you held very few stocks or had little money to play with, you would be charged the same tax. This would likely deter many Americans from ever getting involved in trading, which would cause massive repercussions for our economy and our stock market.

The United States initially had a tax like this in place until 1966. That means Sanders wants to rely on legislation that was already deemed ineffective for America more than 50 years ago.

Len Burman, co-director of the Tax Policy Center, comments that such a tax would not only raise the costs of investments but make it harder to get “capital to businesses,” which would negatively affect the economy.

Sanders doesn’t provide details in his tweet, but there’s no reason to believe his plans to tax “Wall Street greed” and incite an economic meltdown are any different from his goals in 2016.