Bank of America Is Wrong: We’ve All Become Preppers Now

Bank of America Dreams Corporate Cash Could Roll Into Stocks

The extreme attractiveness of stocks over bonds, particularly as rates have plummeted back to near zero, can be the catalyst for the rotation into stocks, driving the market higher…. As the economy enters what our economists forecast as the worst recession in the post war era, the market is telling us not to worry. And it is dangerous to ignore the market. 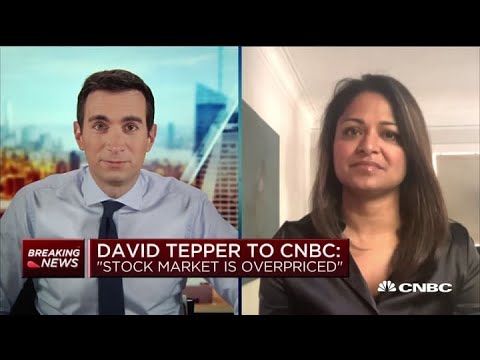 Right now, money has piled into bonds as a haven, and the bond market is supposed to be wiser. Morningstar’s director of economic analysis Bob Johnson told MarketWatch:

Stocks and bonds have always been thought of as great indicators of future economic activity. Urban myth — and maybe earlier, too — suggests that the bond market is smarter than the stock market and is sometimes a more stable, reliable metric… Or perhaps stocks lead the economy and bonds lead the stock market.

Even Bank of America’s Savita Subramanian says in the video above that policymakers in both the government and the Fed have pulled out all the stops for stimulus. Yet, each new round of money printing sees diminishing returns in the stock market:

The worry now is what else is going to keep the market propped up…? Every time you get some bout of stimulus, you see a lower risk rally than the prior bout…. We’re kind of maxed out in terms of stimulus…. We’re in a bit of a tough spot in terms of how to get higher from here.

Finding an alternative path out of that rough patch is why Bank of America is looking to accumulated corporate cash to make a swing into equities. They’re hoping money is waiting to invest or waiting to do more stock buybacks. I think they are dreaming.

I have an alternative explanation.

I think cash is being banked to replace revenue that will be lost in the months ahead during the ongoing coronacrisis. Corporations are prepping–prepping to become survivalists.

The coronavirus pandemic has spurred U.S. companies with investment-grade credit ratings to borrow at the fastest pace in history to start a year, with new bond issuance topping $1 trillion in less than five months, supported by Federal Reserve programs to buy corporate bonds…. It’s about double the pace seen last year over the same period, per BofA data.

Getting low interest in these hard times is no different than getting a cheap bank loan as a student because it comes with a government guarantee to the bank.

Demand for bonds as safe havens during a crisis is so intense right now that it is also driving down interest on new corporate debt.

Companies are seizing the day while the offer is available. They’re not going to wait until they need the cash and then find out that it ran out like the Payroll Protection Program (PPP) money did.

For one thing, it is wiser to refinance your past debt now while it can still be done cheaply, especially if you’re being downgraded.

For another, you know you’re not going to have enough revenue to pay the bills and will need a lot of credit in the months ahead to make it through.

Bank of America Missed The Tell

Here’s the tell as to what is motivating the cash piling:

As an example, AutoNation Inc. … a national chain of car dealerships, with credit ratings one step above speculative-grade (or junk-bond) territory … borrowed $500 million in the bond market Tuesday…. AutoNation was one of several public companies that gave back funding from the U.S. Treasury Department’s hallmark $670 billion Paycheck Protection Program…. The Treasury warned earlier in May that the program was not meant for “a public company with substantial market value and access to capital markets.”

Do you see what happened there? AutoNation sought a cash grant to survive during the coronacrisis. It also found it was on questionable ground with the government. Also, it likely feared the same backlash other companies faced when trying to scoop up those emergency corona cash funds.

Afraid they’d be hit by penalties and public ridicule, AutoNation “gave back” the free cash. Their funding needs did not go away, however; so, like Shake Shack in the article just referenced, they turned to other capital markets, as the government asked them to do.

AutoNation is just salting away enough cash to keep the lights on while I think BofA may be looking for a rosy-eyed picture to present to equity investors.

What could go wrong? While a lot of attention has been paid to new borrowing activity, there also has been a blistering pace of credit-ratings firm downgrades hitting U.S. investment-grade companies, with BofA tracking more than $1 trillion since the end of February.

that credit ratings painted too rosy a picture of U.S. corporations, particularly since many companies were “over leveraged going into the crisis,” and now face a revenue hit from weeks of lockdowns designed to tamp down the coronavirus…. “Now they have to borrow a year’s worth of cash to burn, to keep the company moving forward, but their ability to continue to pay that indebtedness has decreased.”

Bank of America should be dreaming less about the heady days of corporate stock buybacks and thinking about laying in for the troubles ahead. Businesses are scrambling to create enough cash to weather the crisis as credit ratings are downgraded: 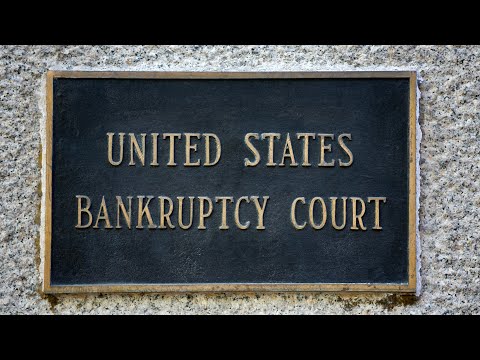 If companies are raising cash for buybacks, they’re fools because it will soon be spent. Then stocks may crash anyway, leaving those companies with neither cash nor credit to carry them through the storm.

Hopefully, the motivation for their cash hoards is not the foolishness that BofA envisions, and they’re getting their hands on cash while it can still be had.

I think we’ve all become preppers now–even U.S. corporate bosses. Rather than being a sign of hope for the stock market, this kind of hoarding is a sign of fear.

Disclaimer: This article reflects the author’s opinion and should not be considered investment advice from CCN.com.

David Haggith
David Haggith lives in the Pacific Northwest and is the publisher of The Great Recession Blog for eight years, from which his articles about the economy are carried on over fifty economic news websites. He writes exclusives for CCN and is a regular contributor at Seeking Alpha, TalkMarkets, and Zero Hedge. His Twitter page of occasional economic humor is @EconomicRecess. WritelyYours (@) gmail.com
Subscribe
0 Comments
Inline Feedbacks
View all comments
← PreviousFacebook & Twitter Want You to Permanently Work Remotely for Selfish Reasons
Next →Trump’s Coronavirus Stimulus Checks are Failing Where it Matters Most

Is Donald Trump Faking Coronavirus? Here’s Why People Think He Is
Laura Hoy

Investment Pros Sound the Alarm on Tech Stocks. Should We Be Worried?
Stephanie Bedard-Chateauneuf