Microsoft is going consumer-friendly with the Xbox Series X. It’s not a shock. After the awful response to the Xbox One launch, they weren’t going to make that mistake again. That’s why we have smart delivery coming next-gen. Not that EA seems to want to follow that lead.

Once again it seems like EA is doing their best to prove they’re the worst company in gaming. Despite Xbox doing everything they can to work with consumers, EA is just destroying the entire point of smart delivery. Considering they’re awful history, is it all that shocking anymore?

Smart Delivery is a great idea. It basically means that consumers won’t need to re-purchase Xbox Series X versions of Xbox One games they already own. As well as all of Microsoft’s first and second party titles, third party developers can opt-in.

You might suspect that EA have just refused, but they haven’t. After all, they don’t want to be known as a bad, anti-consumer company anymore. Instead, they’re buying into Smart Delivery but putting their own twist onto it to make it annoying for their customers.

Considering all of the stuff that EA has pulled, is it any wonder they’re doing this? It’s not like the Xbox Series X means anything to them. It’s just another generation where they can continue to mess with their customers for profit. 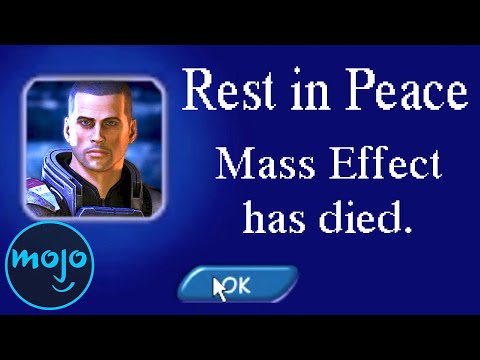 EA Has Been Vile for A Long, Long Time

Let’s face it, there’s no hope for EA anymore. The company is so lost in the pursuit of greater and greater profits that there’s no coming back. This is a company that doesn’t think twice about pointlessly killing numerous game companies.

That doesn’t even begin to delve into EA’s awful policy on loot boxes. Not only have they included them in games much to their detriment, but they’ve tried to defend them and even rename them as ‘surprise mechanics. Which is frankly a disgusting and manipulative move to exploit vulnerable gamers.

You can be sure that if loot boxes are still around on the Xbox Series X, it’ll be EA leading that particular charge. As long as they keep getting away with this stuff they’ll keep doing it. When they own so many huge gaming IPs it’s difficult to stop them from raking in the cash.

The Sad Truth of EA

It’s almost depressing to talk about, but EA wasn’t always like this. Back in the day, they were a company that pioneered gaming as an art form. Hell, that’s the point of their name. They saw themselves as electronic artists.

They ran an ad called “Can a Computer Make You Cry?”. In it, they detail all of the ways they think that gaming can change the world. Now, look at what the company has become. A mangled, overly corporate bloated waste of space.

The Xbox Series X can be as consumer-friendly as it wants. With companies as frankly awful as EA still kicking around gaming will never truly advance beyond the cash cow it has become. At least not in a mainstream way.