If Democratic nominee Joe Biden wins the Presidential race in November, it could boost Asia’s recovering stock market even further.

Strategists hint that if Democratic nominee Joe Biden gets elected in November, it could boost Asia. The region’s recovering stock market might see a stronger rally as a result.

Three factors are at play in the positive predictions toward Asia. They are clear foreign policymaking, easing foreign relations, and more pressure on the U.S. stock market.

Since its inception, The Trump administration has pushed for an “America first” strategy, heightening tension among allies.

If Biden takes office, strategists anticipate intensified tensions between the U.S. and some of its allies to subside.

Lower geopolitical risks could become a continuous catalyst for Asia’s stock market, which has recovered relatively quickly in recent months.

Major Asian countries, like South Korea, China, Japan, Thailand, and Taiwan, reopened their economies faster than Europe and the U.S.

The chances of the Asian stock market’s momentum increase if Biden’s potential election coincides with a stable economic recovery.

Whether Biden’s election would cause the U.S. stock market to expand at a lower rate remains debated.

Some strategists, like Nomura’s head of global markets research Rob Subbaraman, say the U.S. stock market could slow down. He said:

“I think there will be a lot more focus on income redistribution in the U.S., which will not be good for U.S. markets.”

A slowing U.S. stock market could lead to an increasing appetite for alternative markets. If so, the likelihood of a growing inflow of capital into Asia’s stock market increases.

Analysts have predicted a market slowdown upon Biden’s election due to the threat of higher taxes.

But some data points hint at a 10% to 15% annual growth in the stock market despite Biden taking office.

Market analysts claim the stock market isn’t pricing in a Biden presidency. Watch the video below. 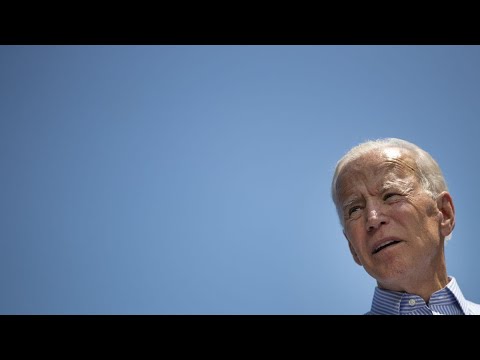 The historical policies of Biden suggest that he would likely move towards rebuilding old alliances.

Klaus Larres, a professor at the University of North Carolina, said Biden’s “internationalism” could lead relations with allies to recover.

NATO, the European Union, and Asia could see efforts to remedy damaged relationships with Biden in the office.

Major Asian economies, including Japan and South Korea, felt the pressure of higher military costs throughout the past two years.

A potential decline in geopolitical risks and uncertainty in foreign policies could be a newfound catalyst for the Asian stock market over the longer term.

September 27, 2020 2 Comments
← PreviousAirline Stocks Glimpse Daylight with Stunning Profits in South Korea
Next →The Dow Is Sputtering – But One Core Stock Just Got a Major Upgrade