Prince Harry couldn't be more different than the man he was merely 6 years ago when he completed his attachment to the Air Corps. | Source: Shutterstock.com

It’s crazy to think that six short years ago, the Prince had just turned 30 and had earlier that year completed his attachment to 3 Regiment Army Air Corps, and was preparing to take up a staff officer role in London.

His job? To coordinate projects and commemorative events of importance involving the British army.

He’d just launched the Invictus Games and had claimed to BBC Radio that he considered helping injured servicemen and women to be his “full-time job.”

That same year Prince Harry attended a NATO military exercise in Estonia and was also given the honor of opening the Field of Remembrance at Westminster Abbey. This was a task usually reserved for his grandfather, Prince Philip.

Prince Harry six years on is an entirely different person

The change in Harry over the past six years is nothing short of astounding, and there is no better example of that than him going from claiming the Invictus Games was his full-time concern, to reportedly canceling a fundraiser due to potential “conflict of interests.”

The fundraiser in question was scheduled to be streamed by Amazon, a direct competitor to Netflix, which is the company Prince Harry and Meghan Markle signed a lucrative deal with this month.

Harry has denied it, of course, but time will tell if this was the case.

As a long-time friend of Harry claims “we’ve lost him,” I sadly have to agree

Tom Inskip, or Skippy as he’s known to his friends, epitomizes how Prince Harry has changed.

A friend from the days he shared with Harry at Eton, Skippy felt the wrath of Harry after making the same mistake Prince William did in asking him if he was maybe marrying Meghan Markle a bit quickly.

Of course, I do not doubt that poor old Skippy will be branded a racist for daring to suggest such a thing, which is ridiculous.

Such advice is given by friends (both male and female) worldwide when it seems a couple is rushing headlong into a quick marriage.

It’s what friends do. I know this may be alien to many.

According to Finding Freedom, Skippy and his wife were shunned from Harry and Meghan Markle’s wedding reception.

Of course, George Clooney and Oprah Winfrey made the cut. I mean, you can’t have social nobodies like Skippy and his wife breathing the same air and rubbing shoulders with bona fide celebrities, right?

At a brunch the day after the wedding, Skippy told friends ‘Meghan has changed Harry too much.’ His Eton pal said the Prince was awed by the likes of the Clooneys and Oprah. ‘We’ve lost him,’ Skippy concluded.

Meghan’s influence on Prince Harry has been devastating

While entirely of his own doing, the difference in Prince Harry is absolutely the result of Meghan Markle running roughshod over his life.

As Lady Campbell put it:

Now living in California, Prince Harry is as far as can be from the respected military man he once was, crying about being “old,” and according to body language expert Judi James, is now wearing his hair in a “fluffed up style” to hide signs that he’s thinning on top.

He now waves his hands around and rolls his eyes to suggest a more “down with the kids” manner of body language. 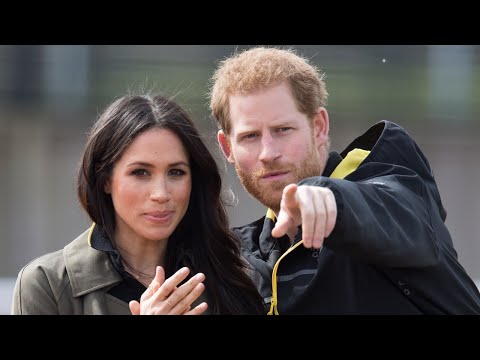 Prince Harry has gone from aircraft commander to pathetic apologist

The way a man of the standing Prince Harry once enjoyed has allowed himself to be wholly emasculated is nothing short of harrowing.

Once an Apache aircraft commander who spent time in Afghanistan as a co-pilot and gunner, he’s now reduced to a hand-wringing apologist desperate to be patted on the head and recognized for his feminist views.

What is clear to anyone with a shred of intelligence is that Meghan Markle wasn’t attracted to Harry as he was. She’s attracted to the idea of a royal title and someone she can manipulate and change to suit her agenda.

Some feel anger towards Prince Harry.

In all honesty, he’s a man to be pitied at this stage.