Freshman United States Rep. Alexandria Ocasio-Cortez is justifiably feeling the heat after comparing the government’s response to climate change to the September 11 terrorist attacks, but the gaffe has exposed a deeper truth: AOC’s obsession with the Green New Deal has left her New York constituents out in the cold.

They’re not happy, with several saying that her heart is not in the Bronx, the district she supposedly represents. Ocasio-Cortez is receiving mounting backlash from people who cry she should be doing more to assist them.

The outrageous 9/11-climate change comparison was especially off-putting considering the attacks resulted in the deaths of thousands of New Yorkers who worked in the World Trade Center and first responders who courageously rushed to the scene of the vicious attack.

@AOC Please don’t put climate change in the same conversation with 9/11. Saudi pilots with planes are not causing climate change. You’re a native New Yorker. I’m stunned you would say or even think it. #NeverForget the heroes who died and are still dying

New York City Constituents: AOC Represents Everyone But the Bronx

Right after being sworn in, Alexandria Ocasio-Cortez repaid her constituents’ loyalty by chasing thousands of high-paying jobs out of their neighborhood. Her debut effort was running off Amazon and its coveted HQ2.

The retail behemoth had planned to build its second headquarters in New York City. It was going to invest billions of dollars in the district, creating more than 25,000 jobs.

She preened about the “victory” on her favorite medium, Twitter. Knowing that’s where she goes to communicate, some in her district say they’ve tried to reach out to here there. However, so far that’s been in vain.

Take, for example, Roxanne Delgado, a local activist. She told the New York Post that she had tried for months to reach Ocasio-Cortez or her office, including via Twitter, to no avail. Delgado needed help saving an animal shelter and to clean up parks in the district.

Another Bronx constituent, Anthony Vitaliano, told the Post that he feels like AOC has abandoned her hometown since ascending to the national stage.

“I want AOC or a representative from AOC to be there. She has to address these local issues. Her district is everywhere else in the US. Her heart is not in the Bronx.”

As her constituents fret, AOC is traipsing around pushing her $93 trillion Green New Deal that she believes will impact climate change. At a town hall this weekend, she actually attempted to draw parallels between the 9/11 terrorist attacks to the devastation that Puerto Rico experienced from Hurricane Maria.

The 29-year-old representative failed to recognize the main difference between the two. September 11th was a terrorist attack. Hurricane Maria was a natural disaster – no one got together and plotted to spin that storm into a deadly hurricane. 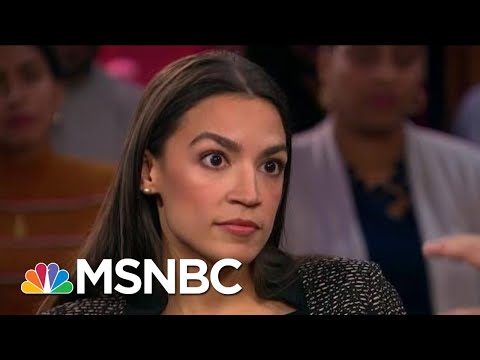 In another dubious explanation, she said:

As a final blow, the town hall – which was hosted in the Bronx – featured few local attendees, a fact that wasn’t lost on AOC’s actual constituents.