At a House Financial Services Committee hearing on Tuesday, Congress freshman Alexandria Ocasio-Cortez (AOC) once again managed to turn herself into the center of attention by focusing on the ludicrous by castigating Wells Fargo for doing its primary job of lending.

During a four-hour grilling of Wells Fargo’s CEO, Tim Sloan, the New York Democrat slammed Wells Fargo for lending to private prisons and a pipeline. 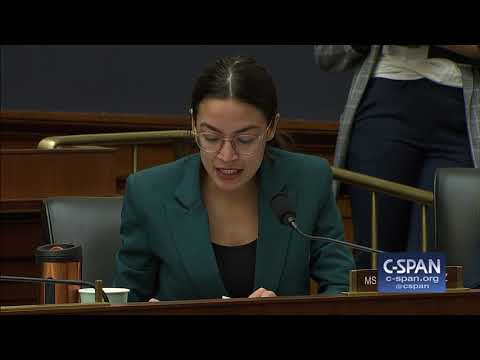 For a period of time, we were involved in financing one of the firms. We aren’t anymore. I’m not familiar with the specific assertions that you’re making, but we weren’t directly involved in that.

The other Wells Fargo lending decision that AOC took offense with was the financing of the Dakota Access pipeline. According to AOC, the bank should be held responsible for any environmental damage that arises from the pipeline:

So hypothetically, if there was a leak from the Dakota Access Pipeline, why shouldn’t Wells Fargo pay for the cleanup of it, since it paid for the construction of the pipeline itself?

While Sloan’s response was simply ‘because we don’t operate the pipeline’ he added that the lender had conducted due diligence.

Again, the reason that we were one of the 17 or 19 banks that financed that, was because our team reviewed the environmental impact. And we concluded it was a risk we were willing to take.

AOC wasn’t satisfied and later tweeted her skepticism of the environmental risk assessment that Wells Fargo had carried out.

Socialist Rep. Alexandria Ocasio-Cortez (D-NY) asks Wells Fargo CEO Timothy Sloan: "Hypothetically, if there was a leak from the Dakota Access pipeline, why shouldn't Wells Fargo pay for the clean up of it?"

Sloan: "Because we don't operate the pipeline, we provide financing" pic.twitter.com/c6cShbStuk

Though Sloan took the heat from both Democrats and Republicans, the former were especially brutal. Besides AOC’s stunning accusations, House Financial Services Committee chairperson and a Democrat of California, Maxine Waters, also piled on. Waters specifically called for the splitting of Wells Fargo as it had become ‘too big to manage’.

Per Politico, Waters also endorsed plans by the Office of the Comptroller of the Currency to potentially oust top Wells Fargo executives and directors. She also added that Sloan should be accorded the same treatment.

.@RepMaxineWaters told me she plans to hold a vote on her bill that would shut down megabanks that repeatedly abuse consumers. She thinks there’s enough Dem support to get it through committee https://t.co/Tk2IDeuEQq

This echoes a position taken by Democratic presidential candidate and Massachusetts Senator Elizabeth Warren. In late January, Warren argued that Sloan was not the right person to right the wrongs at Wells Fargo:

I could go on but I don’t need to: it’s clear that Tim Sloan isn’t the right person to try to clean up @WellsFargo. His hands are too dirty from overseeing years of scams and scandals.

I could go on but I don't need to: it’s clear that Tim Sloan isn't the right person to try to clean up @WellsFargo. His hands are too dirty from overseeing years of scams and scandals.

That’s not just an “informed” opinion. That’s a fact.

Before rising to the position of CEO, Sloan had been the giant lender’s chief operating officer. He has also served as Wells Fargo’s finance chief.

In October, Warren had urged the Federal Reserve to maintain a growth cap on Wells Fargo until Sloan was ousted. 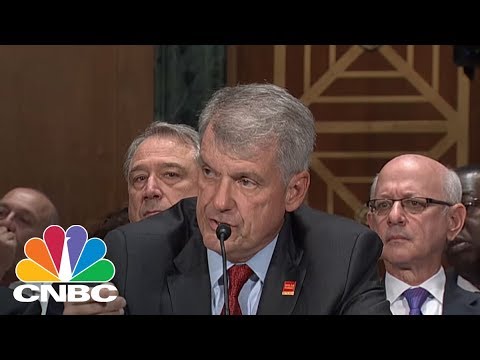