By CCN.com: Billionaire Mark Cuban slammed progressive politicians Alexandria Ocasio-Cortez (AOC) and Bernie Sanders for what he says are their misconceptions about how helpful socialism can be. The man who self-identifies as a “hardcore capitalist” believes the two Democrats use the word to get attention, without actually believing in it or understanding it.

Mark Cuban: Bernie Sanders and AOC Use Socialism as a Calling Card

“When they talk about socialism – whether it’s Bernie Sanders – whether it’s [Alexandria Ocasio-Cortez] – I think they recognize that it’s a trigger word and they use it just to get people all riled up as opposed to really being socialist.” 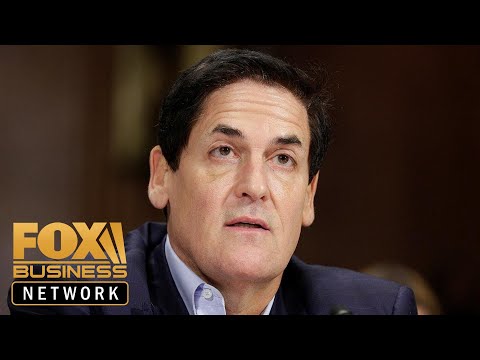 He could be right. Cuban suggested that Alexandria Ocascio-Cortez and Bernie Sanders did not genuinely, or not necessarily, believe in the socialism they supposedly promote. AOC lobbed the idea of a $93 trillion Green New Deal as a way to both rally the conservationist movement and corner climate deniers in the Republican party into taking anti-science stances.

I could not be more glad that the American people will have the opportunity to learn precisely where each one of their senators stand on the “Green New Deal”: a radical, top-down, socialist makeover of the entire U.S. economy.

Bernie Sanders has always described himself as a social democrat, a term that fits within the framework of a capitalist economy and a liberal democratic polity, with a promise of promoting social justice:

Democratic socialism is about creating a government and economy that work for all Americans, not just the top 1%. #BernieTownHall pic.twitter.com/FybjC7SPPw

Big Government, Small Government… Shut the F**k Up… How About Government That Works?

As unfeasible as it might seem, Mark Cuban’s commentary about solving inequality was inadvertently Obama-esque, emphasizing the importance of government’s effectiveness over its size. He described the “old days” as being characterized by:

“Ten thousand bureaucrats coming to a compromise that doesn’t work.”

Mark Cuban wants to see smart government, bringing data, the funding that capitalism provides, and “a little compassion” to create programs that work in a “government-as-a-service” style approach to policy.

If the right needed a sensible voice in the crowd, Mark Cuban has provided it. While his intention was to decry the socialist leanings of the two high-profile Democrats, the billionaire conceded there was “no question” that the US has a wealth gap problem, among the worst in the developed world.

And while he obviously doesn’t see socialism as the answer, he does acknowledge that income inequality is economically and socially problematic. He spoke of compassionate capitalism and data-driven solutions to social problems.

These are concepts beyond the reach of the current administration, given its intellectual shortcomings. Will the GOP ever get another reasonable, sensible candidate for the White House? When pressed, the businessman coyly replied: