Happy birthday, Antonio Banderas! The legendary actor turned 60 years old today, and so many fans sent him well-wishes that he became a trending topic on Twitter.

Well, not exactly – because 2020 is turning into a depressing game of Mad Libs, he’s actually trending for another reason.

In a recent social media post, the “Zorro” actor revealed that he’d tested positive for COVID-19. Fortunately, his symptoms have been manageable. He said he was merely “resting” and in quarantine.

Video: Some Fans Aren’t Taking the Latest News About Antonio Banderas Too Well

NOT ANTONIO BANDERAS TESTING POSITIVE FOR CORONA ON HIS BIRTHDAY pic.twitter.com/HM61BvNaJK

I want to make it public that today, Aug. 10, I am forced to celebrate my 60th birthday in quarantine, having tested positive for the COVID-19 disease, caused by the coronavirus. I would like to add that I feel relatively good, just a little more tired than usual, and am confident that I will recover as soon as possible following medical instructions that I hope will allow me to overcome the infectious period that I am suffering, and that is affecting so many people around the planet. I will take advantage of this isolation to read, write, rest and continue making plans to begin to give meaning to my 60 years, to which I arrive full of enthusiasm. A big hug to everyone.

It’s inspirational that Antonio Banderas had such a positive reaction to his diagnosis. And it’s precisely what we’ve come to expect from him.

Last year, Banderas – who suffered a heart attack in 2017 – called the health scare “the best thing to ever happen to me.” 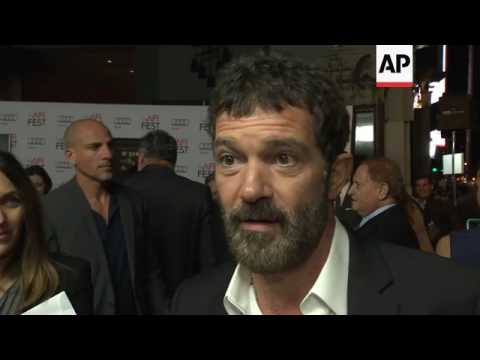 Even after the heart attack, he refused to fully retire, because he didn’t want to live like a dead man. That’s the same approach he’s taking to his new diagnosis.

Far too many people have suffered a terrible fate due to COVID-19. The fact that Antonio Banderas seems to be taking it all in stride – and has a slate of films coming up – is one of the sole bright lights that 2020, the year that has become like a morbid game of Mad Libs, has to offer.