Anthem is a disaster. This much is apparent to most. But developer Bioware is attempting to pull a No Man’s Sky. They’re trying to reinvent the game with Anthem Next. Only, they’re pulling a carbon copy of a more popular looter-shooter to do so.

That shooter is Destiny 2.

Anthem and its Copycat Approach to Loot

Of course, loot in an MMO is no new concept. Games as old as Ultima Online and Diablo have had loot, and before them still. But according to a post from Bioware, Anthem’s stance is a little too close to Destiny, and that might prevent the title from being saved at all.

Essentially, Anthem’s new approach plans to “increase the frequency of Loot Drops,” provide more viable loot, and ensure that all types of loot can be valuable to someone.

They’re also introducing item level-ups, ensuring players can bring with their favorite loot as they rise in the ranks.

Unfortunately for Anthem, all of this is possible in Destiny 2. While the post states Bioware took “a long look” at its competitors, it reveals a blatant copy of Bungie’s big title.

In trying to save itself, Anthem is imitating Destiny 2 rather than take its own unique approach to the looter-shooter. Is this what its players want?

Where is the Community?

The game’s subreddit is dead compared to Destiny’s. It’s hard to tell what the community is asking for. Some say more loot isn’t the problem, but better loot. Many say they haven’t found a full party in weeks. It’s hard to believe a copycat will bring players back to fight.

Watch Now: Anthem’s Big Update is a Complete Overhaul – and a Bust 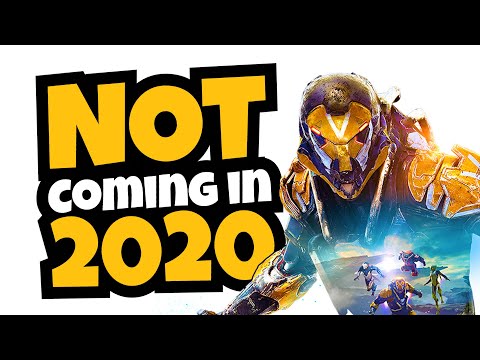 Fortunately for Anthem players, Bioware is revamping the gunplay system as well. The post reads:

Gunplay is overall more responsive with enemies reacting to hits near instantly with improved client-side prediction, we are looking into the role of melee items and builds, and of course, being able to spend skill points to unlock new types of equipment and synergies.

Now make sure these guns are worth caring about.