If you're planning on getting Animal Crossing: New Horizons, you might want to think again considering Nintendo doesn't want you transferring saves. | Credit: Reuters/Issei Kato

A recent leak has appeared on Reddit. It shows a German copy of a brochure for the upcoming Animal Crossing: New Horizons. The things it reveals, once translated into English, do not shine a positive light on Nintendo.

Not only will you be forced to share a town with other players on the same console, but you’ll also be entirely unable to transfer your save file.

It seems like Nintendo just doesn’t care about usability. They just want you to play their way.

It seems totally baffling that Nintendo is once again restricting their players and in the name of wanting people to only play games in one specific way too. Because of that desire, you’re now entirely screwed if you buy a new console.

You’re even more screwed if you have more than one Switch. Say you bought a lite to take travelling with you, and you have a normal Switch at home for your TV. In either of those two scenarios, you cannot continue your progress across systems.

The fact that you have to share a town and can’t transfer a save file comes across as completely totalitarian. Nintendo presents a very happy face. But, Animal Crossing: New Horizons lets the facade drop to show you the gaming dictator underneath. 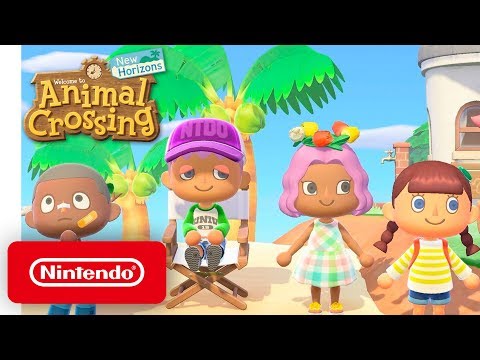 These Are Basic Features in This Day and Age

Animal Crossing is not a deeply competitive game. So what if people want to mess around and play the game their own way? Even if they ruin it for themselves, they’ve already paid for the game. It’s their choice how they use it.

Nintendo really needs to start putting their players first, rather than their rigid adherence to whatever odd standards they have for their own games. Then again, that’s never going to happen, not as long as people keep paying them money to behave this way.