By CCN.com: The University of Kansas is making some people angry by offering a course called “Angry White Male Studies.”

“KU has decided to offer a class that divides the student population and could pose a Title IX violation by creating a hostile campus environment based on gender.”

Instead of a course to unite people and empower women, KU has decided to offer a class that divides the student population and could pose a Title IX violation by creating a hostile campus environment based on gender. #ksleg https://t.co/XhUNfpFUcW

Prerequisite is a Women’s Studies Class

The class — which opens in the fall — is cross-listed as a Humanities and a Women’s Studies class. Its prerequisite is a women’s studies course.

The instructor is Christopher Forth, whose specialty is the “cultural history of gender, sexuality, and the body.” Forth teaches classes about gender, fat-shaming, and masculinity.

Many torched the class as a frivolous waste of money that’s pushing a divisive anti-white, anti-male agenda.

‘What a Waste of Taxpayer Money’

Others pointed out that if the class had been called “Angry White Female” or “Angry Black Male,” there would’ve been volcanic backlash and immediate calls for the teacher to be fired for promoting racism. Here’s a smattering of reactions on Twitter:

“If this class were ‘Angry Black Woman Studies’ there would be hell to pay, protests, calls for resignations.”

“What a waste of taxpayer money. Indoctrinating students with this Marxist trash. Imagine if a certain word was changed? ”

“As a native Kansan, this is embarrassing.”

Demonization of White Men Is a Growing Trend

The class shines a spotlight on an alarming new trend, which is the gleeful demonization of white men.

This growing movement is being pushed by today’s radical liberals, who fetishize minority females and gay/transgender individuals while deriding white men.

While the left claims there’s no such thing as racism against whites, that’s simply not true. Racism is racism.

Saritha Prabhu, an opinion columnist for The Tennessean, is a liberal who’s disgusted by the Democratic Party’s obsessive race-baiting.

In an October 2018 USA Today column, Prabhu said the left is making a terrible mistake by demonizing white people.

“You seemingly can’t escape it. You switch on cable TV, or “The View”, read The Washington Post or The New York Times, and see liberal pundits verbally attack white men.”

“Today’s Democratic Party is predicated on having and expressing open hostility toward white citizens. They are making the dangerous bet that most minorities and immigrants will jump on the white-male-bashing bandwagon.” 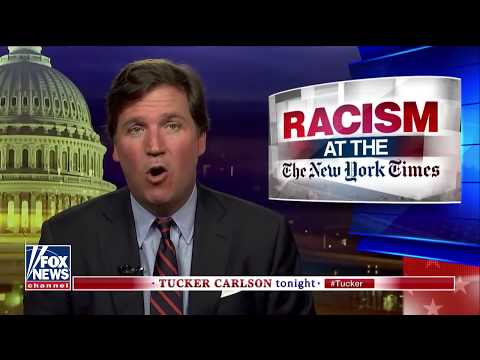 The Left Is Obsessed with ‘Victimhood Chic’

Prabhu says she cringes whenever she sees these attacks because they’re divisive and counterproductive. Moreover, they promote the narrative that all minorities are victims. And this inevitably leads to the fetishization of victim culture.

As CCN.com reported, the left’s obsession with “victimhood chic” caused millionaire actor Jussie Smollett to cast himself as a victim by staging a fake hate crime.

Specifically, he claimed he was attacked by two white male Trump supporters. The only problem was, that was all a lie.

Last week, Chicago prosecutor Kim Foxx stunned the world when she dropped all 16 felony charges against Smollett for filing a false police report. The shocking move caused some minorities to boldly declare that “white privilege is a myth.”

Imagine if a white male actor faked a hate crime against himself by pretending black men attacked him in the middle of the night— then was subsequently acquitted of all charges. #JussieSmollett is an utter perversion of justice who just DESTROYED the myth of white privilege.

Similarly, conservative comedians the Hodge Twins — Kevin and Keith — mocked Smollett and the Race Card that kept him out of jail. They, too, said the Smollett debacle undercuts the myth of white privilege.

“So much for white privilege! You got this black [clown] out here committing fake hate crimes — and they sealed the damn files?”

“And the mainstream media wants everybody to believe that America is racist? Yeah, this country sounds racist as f*ck!”