The thing refutes its own entire premise in the very second sentence:

The advancement of technology in America has driven the advancement of humanity nationally and globally. But technology has also outpaced our government’s understanding of it, and regulations are falling short of protecting us from Big Tech companies that are prioritizing profits over our well-being.

Exactly. Technology has outpaced our government’s understanding of it. How can our government regulate something that it doesn’t understand? Big tech companies are big because people voluntarily gave them their money, information, and attention. We did that because these companies provided us with so much value, even more value than they were able to capture a profits for themselves.

Andrew Yang and ‘The Knowledge Problem’

Any serious appraisal of the heroic engineers and visionaries who built these companies from the ground up (often from college dorm rooms and their parents’ garages) cannot fail to see that they are more aware than politicians of the new problems that have come along with all the new solutions and opportunities their platforms have made possible; that they care about these problems deeply and are actively managing them without Washington’s help or edicts; and that they are better qualified to handle them because they earned the specialized knowledge necessary.

For an instructive example, watch Twitter and Square Payments founder and CEO Jack Dorsey’s two hour interview with Joe Rogan. Or his three hour long cross examination by a hostile journalist on the same podcast a month later: 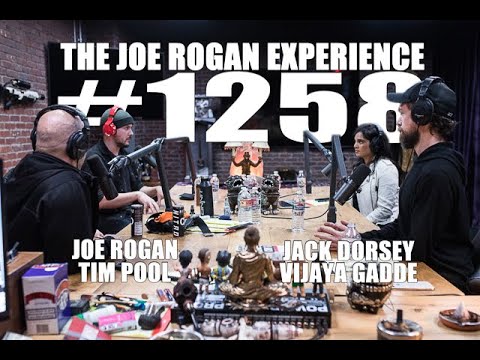 The curious task of economics is to demonstrate to men how little they really know about what they imagine they can design. -Nobel Prize-winning Economist F. A. Hayek, “The Fatal Conceit” (1988)

Industries based on digital computation aren’t the only industries that government fails to understand because it didn’t build them; and thus fails to regulate without costly, and sometimes dire unintended consequences.

Much of the social history of the Western world over the past three decades has involved replacing what worked with what sounded good. In area after area – crime, education, housing, race relations – the situation has gotten worse after the bright new theories were put into operation. The amazing thing is that this history of failure and disaster has neither discouraged the social engineers nor discredited them. -Thomas Sowell, “Is Reality Optional?” (1993)

Even an industry as old as agriculture requires specialized knowledge that central planning bureaucrats usually lack. That’s why millions starved in Maoist China when the government stepped in to regulate farming, ostensibly for the good of the people.

It’s why Soviet Premier Nikita Khrushchev’s program to plant corn failed in Russia. He wasn’t a farmer, and neither were the bureaucrats who implemented policy. They didn’t know corn doesn’t grow well in Russia. But people had to listen because regulation forces people to act, while markets entice people to act.

Growing up, my mother had a picture of The Unknown Protester as one of the few decorations in her office. It was always such a striking image to me and really made an impression. Today is the 30th anniversary of the photo. #tankman #tiananmen #unknownprotester pic.twitter.com/5few3IUNHl

People will have to follow Andrew Yang’s regulations as well, whether or not it is of actual benefit for anyone to do so. Sure they’ll be allowed to give their input, but Chairman Yang and Washington commissars will have the final say. The Constitution was designed to protect Americans from this kind of tyranny.

There’s nothing in Article I Section 8 that explicitly enumerates the kind of powers on the Yang agenda. And Amendment X guarantees to American citizens that powers not enumerated in the Constitution are reserved to the people.

Here are the planks of Yang’s platform. None of them are constitutional without twisting the Commerce Clause into pretzels. And all of them will trample one of the greatest American success stories under a stampede of regulatory overreach:

Regulate the use of data and privacy by establishing data as a property right.

Data is already a property right. Consumers voluntarily give it to tech companies in exchange for something else of value.

They already profit from the exchange of data for services according to their own judgement, or they wouldn’t do it. No one is twisting their arm.

I will create a Department of the Attention Economy that focuses on smartphones, social media, gaming, and apps, and how to responsibly design and use them, including age restrictions and guidelines.

The U.S. national debt is a $22 trillion millstone hanging around the necks of future generations. The last thing we need is another cabinet level federal department.

Digital advertising is the most targeted and affordable marketing tool in history. This has lowered the barrier to entry for small businesses.

And you think the revolving door between Washington and Wall Street is bad.