F**k Off Alexa: Thousands of Amazon Employees Listen to Your Conversations

If you have never harbored concerns regarding what you say in the presence of your Amazon Echo device, you should now.

Bloomberg reports that Amazon has thousands of people on its payroll whose work is to listen to recordings of Echo devices. This is in an effort to make the Alexa virtual assistant better at understanding and responding to voice commands. 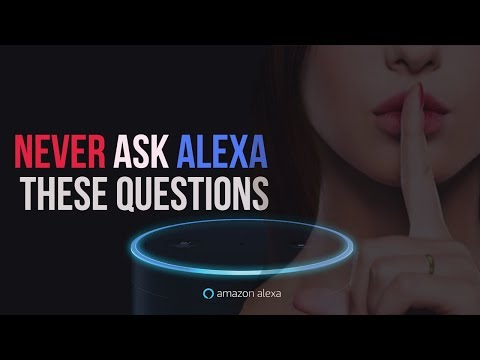 Specifically, the team of Alexa auditors consists of both full-time and independent contractors listens to voice recordings, transcribes and then annotates them for purposes of training software algorithms. The team is spread across continents including North America, Latin America, Asia and Europe.

Did Your Amazon Echo Device Hear More Than it Should?

Per Bloomberg these listeners occasionally come across recordings that owners of Echo devices might have chosen to keep private:

Sometimes they hear recordings they find upsetting, or possibly criminal. Two of the workers said they picked up what they believe was a sexual assault.

Amazon has, however, argued that these listeners have no ‘direct access’ to personally identifiable information. The recordings are identified using an account number. The first name of the user and the serial number of the number is also included.

Is that comforting enough? If it isn’t, Amazon has provided ways of deleting the voice recordings.

Per Amazon’s website, Echo devices only record when they hear a user’s wake word. This means that if you accidentally and unconsciously mention the wake word, you will be recorded.

In such a case users can review voice recordings of their Alexa-powered devices on Amazon’s website or Alexa app. They can then proceed to delete the voice recordings.  But Amazon warns that deleting these recordings could degrade the Alexa experience.

Currently, the market for smart speakers, for which Amazon Echo devices are a leader, has grown explosively. Last year the number of smart speakers in U.S. households rose by 78 percent to reach nearly 120 million units.

At the moment Amazon Echo devices merely respond to commands. The future could get creepier though. In October Amazon was issued with a patent that allows ‘voice-based determination of physical and emotional characteristics of users’.

Jeff Bezos Should Know Better About Invasion of Privacy

Even though Amazon claims that it only uses voice recordings and other information that it collects to ‘answer your questions, fulfill your requests, and improve your experience and our services’, the tech sector is full of examples of data breaches where privileged information ended up in the wrong hands.

Though not exactly on the same level as the data breaches that have been experienced by the likes of Facebook, Equifax and Apple’s iCloud, Amazon CEO and founder, Jeff Bezos, is himself a victim of privacy abuse after raunchy texts by Bezos’ to a lover were published by The National Enquirer. Thus, if there is anyone in the tech sector who should take personal privacy seriously, it should be Bezos.