Alia Shawkat is getting famous for all the wrong reasons.

The “Arrested Development” star and Brad Pitt’s sometime girlfriend is going on a mea culpa tour after a 2016 video of her saying the “N-word” repeatedly has resurfaced.

And, like other celebrities who are facing their racial reckoning in the wake of #BlackLivesMatter, Shawkat’s apology rings hollow.

Who Is Alia Shawkat?

Even though her name is trending at the moment, there aren’t that many people who know Alia Shawkat by “name.”

After all, when it was first announced that she was dating Brad Pitt, she barely picked up any traction in the blog-osphere.

So, by way of a quick introduction, Shawkat is a sometime actress who is best known for her work on “Arrested Development.” She met Brad Pitt when they worked on the film “Ad Astra” together, and though they’re alleged to be “just friends,” they also recently moved in together.

Yet, all of that wasn’t enough to make Alia Shawkat a household name.

But thanks to a 2016 video that’s just resurfaced, everyone knows her name now.

While Alia Shawkat was on a SXSW panel in 2016, she said the “N-word” repeatedly. She was quoting song lyrics, but nevertheless, people held her accountable four years later. 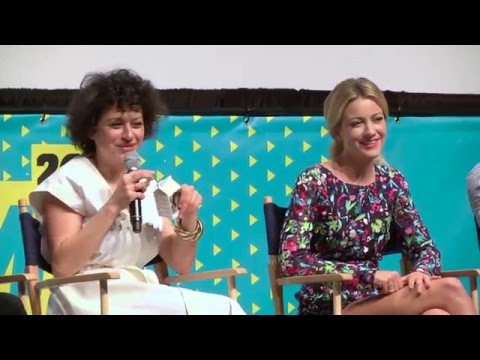 Naturally, once Shawkat started being held responsible for actions, she went on Twitter to issue a mea culpa.

I am deeply sorry and I take full responsibility. It was a careless moment, one I’m ashamed and embarrassed by, but vow to continue to learn from. I regret using a word that carries so much pain and history to black people, as it is never a word to be used by someone who is not black. I have been learning so much about what it truly means to be an ally. The voices of black people must be amplified and heard clearly. As an Arabic woman, who can pass for white, I’m working hard to process this nuanced access I’ve been afforded, and I realize how important it is to be hyper vigilant in the spaces I exist in. I have been trying to understand the real definition of the word ally.

Leaving aside the performative value of this “apology,” it’s interesting to note that Alia Shawkat didn’t issue it in 2016 when she first said the word repeatedly. She issued it in 2020, four years after the fact, when she was confronted with her usage of the word.

And even now, as she tries to cop a plea and claim she’s “Arabic, passing as white” (she’s actually Iraqi, Norwegian, Italian, and Irish — so, she’s a mixture of many things — and as a matter of semantics, “Arabic” is a language, and “Arab” is a nationality — and this is to say nothing of how Arabs can be both black and white), Alia Shawkat’s apology rings hollow.

Like Stassi Schroeder and Ellen Degeneres, Alia Shawkat only apologized when she was caught. That’s an insincere apology that no one needs.