Airline stocks have fallen substantially since March. But South Korea’s top airlines are posting surprising profits with a unique strategy.

Airline stocks have fallen substantially since the World Health Organization (WHO) declared the pandemic in March. But South Korea’s top airlines are posting surprising profits with a unique strategy.

A quarterly operating profit of over $97 million in Q2, while international flights plunged by 92 percent, is a staggering turnaround.

Asiana Airlines employed a rather simplistic approach to post profits from April to June.

The airline quickly realized that generating revenues from overseas passenger flights would be challenging due to various travel restrictions.

The company turned to cargo transportation, utilizing its existing fleet of aircraft to transport goods from South Korea to overseas.

According to the business publication Chosun, the cargo capacity of Asiana Airlines expanded by 95% in the second quarter.

Hankyung, another business outlet, said the two airlines were the only companies in the industry profitable in Q2.

There was one key difference in the approach of South Korean companies and other firms in the global market.

Local publications say that major airlines decreased their cargo capacity since the end of the first quarter.

Many companies rushed to minimize operating costs, reducing flights. But, the pandemic led to the growing demand for cargo transportation for product exports.

The different strategies of local airlines in South Korea allowed the sector to stay afloat, outperforming the global market.

Video: Major Airline Executive Says the Pivotal Point For the Sector is Near 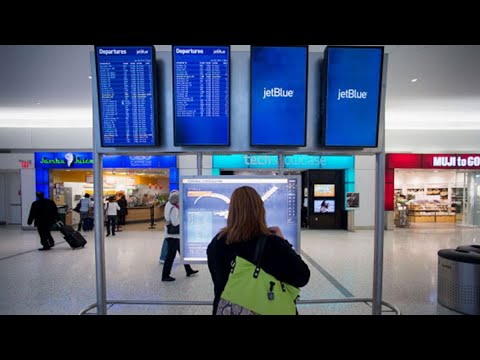 A Glimpse of Hope For the Industry

But the rising demand for cargo transportation and the gradual easing of travel restrictions could catalyze the industry’s resurgence.

For instance, analysts pinpoint China as the first to rebound among major markets due to domestic travel recovery.

“Following the successful containment of the outbreak in China, the government has been actively relaxing lockdown measures. In May 2020, the Shanghai Disneyland theme park reopened to domestic visitors, although with reduced capacity. Global hospitality giant Hilton Worldwide has reopened all its hotels in China while implementing strict health and sanitary measures.”

On August 19, the U.S. and China agreed to double the number of aircraft flying between the two countries.

Despite the struggle in trade talks and the tension between the two nations, the deal shows the appetite to revive the airline market.

The confluence of easing travel restrictions, gradually increasing domestic travel, and the demand for cargo transportation could uplift the industry.