Newbie congresswoman Alexandria Ocasio-Cortez is causing waves within her own political caucus by declaring war on moderate Democrats who refuse to go along with her desire to move to the party to the far-left.

Ocasio-Cortez — a self-declared socialist — threatened to put moderate Democrats on a hit list of people she’ll target to unseat at the next election, the Washington Post reported.

AOC and other far-left members of the splintered Democrat Party were furious this week after 24 moderate Democrats sided with Republicans on a bill that would expand background checks for gun purchases.

Ocasio-Cortez’s rep said she told her colleagues that moderate Democrats who side with Republicans on this issue “are putting themselves on a [hit] list.”

While Democrats want restrictions on the Second Amendment, AOC and her motley crew of open-borders leftists were outraged that a provision requires ICE (Immigration and Customs Enforcement) to be notified if illegal immigrants try to buy guns.

This goes against the leftist orthodoxy of rabidly promoting illegal immigration — regardless of the heavy financial burden and social costs to Americans.

Some 15 Americans are murdered every day by illegal immigrants – who collectively cost U.S. taxpayers $116 billion every year, according to the Federation for American Immigration Reform.

While the Democrat Party supported a border fence and opposed illegal immigration as recently as 2014, all that changed once Republican President Donald Trump took office.

The entire Democrat Party has since done a radical about-face and now supports open borders and illegal immigration. Many, like Ocasio-Cortez, even support socialism — a failed ideology that runs counter to the capitalist principles that made the United States the richest and most powerful country in history.

In short, today’s Democrats oppose any political position that President Trump takes, no matter how destructive. And freshman lawmakers like Alexandria Ocasio-Cortez are leading the charge.

Some people might be fooled into believing that liberals support illegal immigration because they’re kindhearted humanitarians. In reality, it’s a cynical power play to increase the Democrat voting bloc after the party began losing middle-class and minority voters, who felt abandoned. 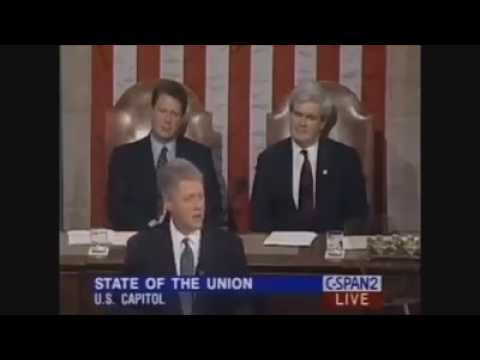 Even though Ocasio-Cortez has only been a congresswoman for a month, the former bartender’s star power is undisputed, thanks to her massive social media following. But so far, AOC is proving that she’s all style, no substance.

Her most recent debacle was chasing Amazon out of New York in a move that cost the city 25,000 high-paying jobs. Amazon’s new headquarters would have spurred an economic boom in the financially struggling borough of Queens, New York. When Amazon pulled out, Ocasio-Cortez gleefully celebrated.

“Our dumb, glory-seeking politicians decided this was their hot-button issue, f–king over our people for political gain,” Bowen said. “This is not Shangri-La over here. We needed this! We needed this! This was a gift.”

Fed: There Are Limits to Using Other People’s Money

“The idea that deficits don’t matter for countries that can borrow in their own currency is just wrong,” Powell said, in reference to an idea vocally championed by AOC.

The thin-skinned Ocasio-Cortez bristles at the bipartisan criticism she receives over her lack of knowledge of basic economic principles. While she has tried to frame the backlash as racist by suggesting that only white male Republicans find her clueless, in reality, many minorities also mock her foolishness.

Alfredo Ortiz, the CEO of the Job Creators Network, trashed Ocasio-Cortez for championing socialism, a failed ideology that caused the once-sizzling Venezuelan economy to plunge into poverty. 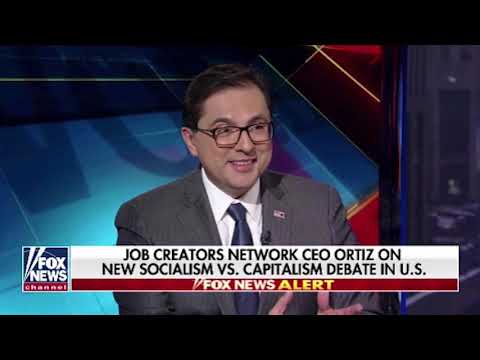 “Socialism takes, and capitalism creates,” Ortiz said. “We can see what socialism did here. It took away 25,000 to 40,000 great-paying jobs. We calculated somewhere between $4 billion to $6 billion in lost wages for New Yorkers.”

“We have economic illiteracy in this country. [Ocasio-Cortez] basically is taking a victory lap while thousands of people lost the American dream opportunity.”