Activision is having one hell of a year. All of a sudden, their biggest platform for Call of Duty is mobile. Now we’re getting news that 2020 is going to be a year in which they focus primarily on remakes and remasters. It’s not hard to see why. Crash Bandicoot N.Sane Trilogy and Spyro Reignited Trilogy were insanely successful.

Nostalgia is one hell of a selling point after all. But, as great as this is for Activision, it means we’re unlikely to get a new entry in either series for a long time.

Crash Bandicoot Goes Back Into the Wumpa Crate

When the Crash Bandicoot N. Sane Trilogy came out it gave a lot of fans hope. The series had basically been dead for half a decade. Even before it ‘died’, the series hadn’t been looking too healthy. The ‘titan’ series of games wasn’t super well received by critics.

Spyro had a pretty similar thing going on. After the PS1 trilogy, most of the games weren’t particularly well-liked, bar some decent handheld games. He basically became a background character in the Skylander series.

I know that personally I was really hoping that we’d get some new games in both of these series once the remakes did so well. But, if Activision is focusing on remaking and remastering, that seems less likely. 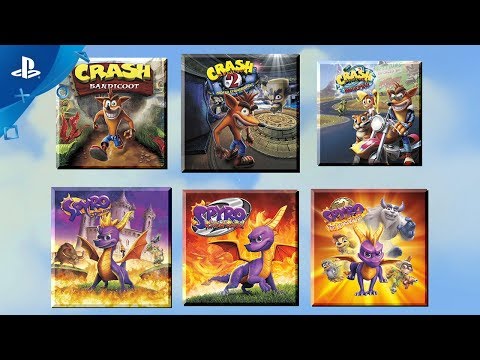 It Sort of Makes Sense, but I Don’t Have to Like It

Obviously, trying to create new entries for Crash or Spyro is a bigger risk than remaking them was. Both of the remake trilogies could rely on childhood memories and nostalgia to sell. If Activision did try to make new games there’s much more of a chance that they’d fail.

It’s not all doom and gloom. While Activision is clearly more focused on remakes, they’re clearly not swearing off of new games altogether. They’ve already announced a new Call of Duty after all. Whether or not Spyro or Crash are on their list of priorities or not will probably be the biggest defining factor.

While we’re waiting for news on more Crash or Spyro games, can someone start a petition for the real PS1 classic: A Bug’s Life.