In the wake of mass layoffs that saw over 800 employees leave the company back in early 2019, Blizzard is once again hiring for identical positions in what ex-employees are branding a cynical move.

A job opening for a Hearthstone community manager listed on Blizzard’s careers portal earlier this week sparked the controversy. Among the divisions that felt the full force of the axing was the Hearthstone community team. The title’s tumbling relevance and lagging in an increasingly saturated professional eSports scene were cited as reasons.

Christina Mikkonen, who according to her Twitter profile is former Hearthstone global content manager, figured among those who lost their jobs in February. Mikkonen took to Twitter to voice her discontent. Damning Blizzard’s actions as ”shameful,” Mikkonen explains numerous former community managers affected by the layoffs are yet to find alternative employment months later.

Really Blizzard? You laid off your entire HS community team and left it in shambles. Other CMs you laid off are still looking for work (not me) and you post this? SHAMEFUL. SHAME ON YOU. https://t.co/BiJ9P9tjgd

The controversy is also causing strained relations between former and current Blizzard employees. Mikkonen revealed that an existing Hearthstone community manager opted to block her on Twitter following the outcry.

Among the accusations thrown around is the allegation that Blizzard is rehiring at lower salaries, effectively framing the whole process as a suspect and elaborate cost-cutting exercise.

The wage-cutting argument garners strength in light of reports that Blizzard is on the cusp of laying off 134 staff at its Versailles, France branch, with plans to relocate the jobs to Cork, Ireland. Comparative salaries between the two locations mean Blizzard would be paying close to €10,000 less per employee on average. 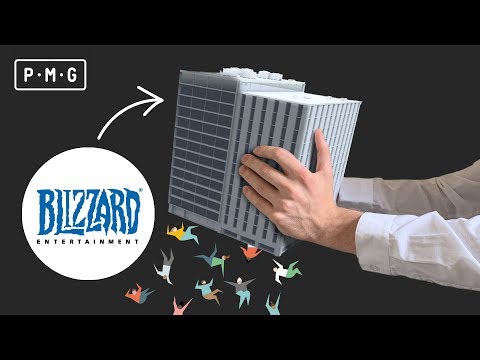 More reasoned explanations gravitate toward Blizzard’s unclear vision for the future of the company bolstered by an industry-wide move toward favoring agency and influencer-led public relations at the expense of entrenched developer-side teams.

It appears the inefficacy of this outsourced approach in the Hearthstone case came to light in the intervening months, prompting Blizzard to rehire for positions that provide non-monetary yet beneficial returns, chiefly community engagement.

This is no more apparent than in the backlash from Hearthstone players following the layoffs who lamented losing out on their direct link to the development team. The community remains a stronghold of devoted fans of the turn-based battle card game, and Blizzard has backtracked and seen the value in reestablishing a conduit with its members.

The long-rumored layoffs accounted for around 8% of Activision Blizzard’s workforce headcount. These affected predominantly non-development departments.

In a letter addressed to all staff on Feb. 12, Blizzard president J. Allen Brack justified the move as a consolidation and restructuring process to cut costs because “staffing levels on some teams are out of proportion with our current release slate.” There was also a need “to scale down some areas of our organization.”

An announcement from Activision Blizzard CEO Bobby Kotick that prefaced the layoffs did little to quell the sting experienced by ex-employees. He unveiled record results for 2018 with net revenues of $7.50 billion for the year ending Dec. 31, 2018 and operating cash flow of $1.79 billion for the same period.

Activision Blizzard has yet to provide an official statement on the matter as it weathers a deluge of polemics in recent times.