Activision-Blizzard employees are preparing for major destruction as the company is planning to lay off hundreds this week.

The game maker’s deteriorating financials have been on full display over the past several months. Its flagship games are being dethroned by the competition. The most formidable player in the space is the free-to-play Fortnite.

The pink slips could start being doled out after the company reports its fourth quarter 2018 earnings on Feb. 12.

When You Can’t Compete With Free

Fortnite was created by the privately-held company Epic Games. Tencent Holdings took a 40% stake in Epic in 2012.

Instead of charging players to use its Fortnite Battle Royale game, Tencent offered it for free. The free-strategy paid off, as Fortnite reportedly drew 125 million players in less than a year. Specifically, during May of 2018, the game raked in a record $318 million in revenue.

“well ahead of other breakout games like Pokémon Go and Clash of Clans, and it’s all the more spectacular when you realize the multi-platform game launched on consoles just eight months ago and on iOS just three months ago.”

Writing On The Wall

The news about alleged Activision/Blizzard layoffs next week could mean hundreds of great game makers will be without work. We can't have that.

As the rumor mill picked up over the weekend about these layoffs, speculation that they were coming have been around for some time. Observers took note during the Q3 2018 conference call when Activision acknowledged that game players were abandoning some of its flagship games.

These included its Overwatch and Hearthstone games. Disappointing sales of “Destiny 2: Forsaken,” led Activision to part ways with its developer, Bungie Inc., Bloomberg reported. This move could cost the company as much as $400 million in lost revenue per year, the business news outlet reported.

At the end of 2017, Bloomberg reported Activision had about 9,800 employees.

The Future Doesn’t Look Much Brighter

Up until February 2017, Activision was reportedly averaging sales of $1.65 billion per quarter. That came to an end in Q3 2018 when it reported revenue of $1.5 billion. That marked the fourth quarter in a row of revenue declines.

During the Q3 2018 earnings call, Activision’s guidance was dismal. Company execs said fourth-quarter revenue would come in at $3.05 billion, which is short of the $3.06 billion, the Street had expected.

Analysts have weighed in on Activision’s financial declines. Some see the company’s sales falling by 2% this year.

Activision is not the only game maker struggling in the wake of the rise of Fortnite. Two competitors that have dominated the space are also having a rough time. Electronic Arts (EA) and Take-Two have also reported revenue declines.

EA’s Q3 2018 numbers also missed analysts’ estimates, largely due to the appeal of Fortnite. CCN.com recently reported how EA had gained a notorious reputation for its aggressive pushing of in-game purchases and a perceived excessive number of playing hours required to scale different levels of its ‘free’ games.

EA has one particular game in its wheelhouse observers say can really compete with Fortnite. It is the game “Apex Legends.” CCN.com noted that this game seems to be EA’s answer to Fortnite in what promises to be its biggest battle to date. For its part, Take-Two has “Red Dead Redemption 2.” 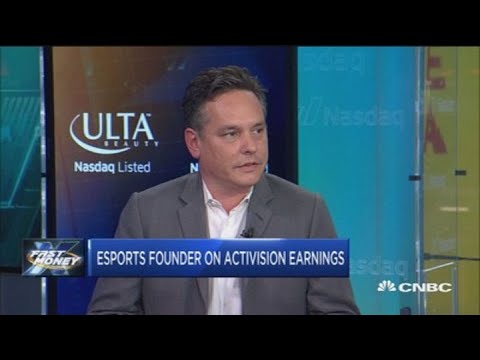 One thing not in EA’s wheelhouse relates to allowing for purchases with cryptos. An EA develop piqued curiosities with this tweet:

Too cool: the Fortnite merch store (https://t.co/KNL4IFCFHk) lets you pay in Monero, so now you can purchase that sweet Durrr Burger onesie without your friends / family / coworkers judging you. https://t.co/XYs1NjGvGp

It was later debunked by Epic Games founder Tim Sweeney.

Actually, Fortnite’s brief foray into crypto was accidental. We worked with a partner to open a merchandise store, and somewhere along the way Monero payment was enabled.https://t.co/vzmSCMey3T

However, Sweeney isn’t ruling out using cryptocurrency or blockchain, adding:

“Many of us at Epic are big fans of the decentralized computing tech underlying cryptocurrency, however a lot more work is needed on volatility and fraud-proofing before bringing it to such a broad audience that includes younger gamers.”