When a celebrity’s career is dying, they often flame out in a cringeworthy public meltdown. It’s their best defense against becoming irrelevant. Congratulations, Aaron Carter, it worked; we’re talking about you again.

Carter, the recording “artist” behind that terrible song in the Jimmy Neutron movie, is suffering one of these classic public meltdowns.

And he’s sharing it on Twitter for all the world to see.

What Ever Happened to Little Baby Aaron Carter?

Aaron Carter’s latest antics involve stealing artwork, bashing the artist when he complained, and then practically begging the artist to take him to court.

Oh, plus he hates America for some reason?

It’s a weird look for a singer who’s best-known for the tweenager-friendly pop singles he released two decades ago.

Then again, much like his social media feed, his music was without a doubt some of the cringiest content you’ll ever find. 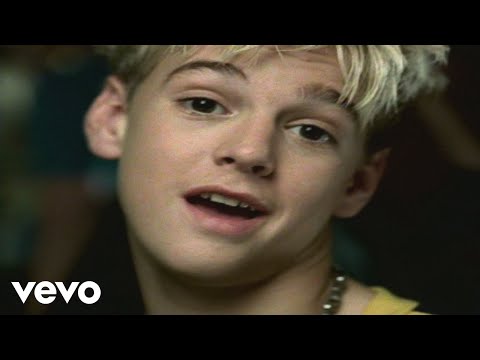 This week, Carter got caught using stolen artwork to promote his shoddy merchandise. Worse still, he doesn’t seem to care or understand why that’s wrong.

Jonas Jödicke, an artist out of Berlin, claimed Carter had illegally used some of his artwork.

Aaron Carter’s response is the worst possible way to handle being caught stealing.

Not only does he call the artist names – as a child would – but he says that his thievery should be taken as a compliment.

For most celebrities, that would amount to a full-blown scandal. But not for Aaron Carter. To him, it’s just another Friday evening.

Just take a look at some of the other tweets he sent out within the past 24 hours.

There’s this one, in which he verbally abuses a fan for complaining that their merchandise order hadn’t been shipped:

And this one, in which he appears to threaten a Twitter user:

And did we mention that he hates America?

How Does This Guy Have Any Fans Left?

It’s staggering how brazenly rude and obnoxious Aaron Carter is, even to his fans. Not to mention the artist whose work he flat-out stole.

This didn’t even need to be an issue. Everyone makes mistakes, after all. All he had to do was take down the image and apologize. Instead, he doubled down and behaved like an arrogant git.

Jödicke told CCN.com as much when we reached out for comment:

First and foremost it is the way he reacted to my tweet that really upset me. He was making a mockery of the artist community and insulted me in a personal way. We could have settled things privately, but his reply made me want to go public to set a sign for all artists out there.

Carter has had a messy life. It’s understandable that those events, played out in the public eye, would make him reflexively abrasive. But he does himself no favors.

The few fans he has left won’t stick around for long if this public meltdown continues for much longer. It’s amazing there are any left at all.