The Dow Jones Industrial Average is well on its way to snapping a three-day losing streak that battered the index by nearly 700 points.

The US-China trade war continues to dominate shifting Wall Street forecasts, but it’s not the only factor behind today’s stock market rally. Here are five reasons why stocks bounced back today.

1. This stock market rally is mostly about the trade war.

Okay, the trade war isn’t the only factor behind today’s rally, but it’s clearly the biggest driver of the Dow’s midweek bounce.

One day after suggesting that trade talks could last another 12 months, US President Donald Trump assured investors that negotiations are “going very well.” 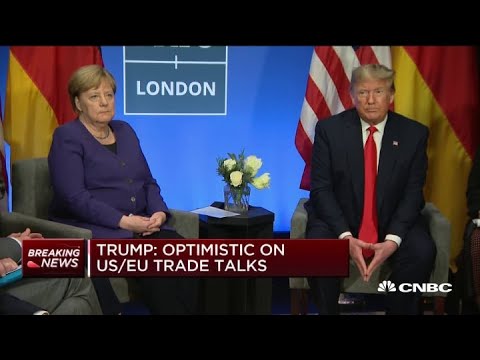 That, coupled with a Bloomberg report that a near-term trade deal is still on the table, softened the blow from yesterday’s stunning Trump outburst.

2. Dow bulls hold out hope that Trump won’t be a Grinch this Christmas.

Meanwhile, some Dow Jones bulls continue to hold out hope that Trump will scrap – or at least delay – new tariffs on Chinese goods before they take effect on Dec. 15.

Bleakley Advisory Group Chief Investment Officer Peter Boockvar told CNBC that he doesn’t believe Trump will follow through on those tariff hikes, which target $160 billion worth of imports and could pummel electronics producers like Apple.

“I do not believe that they will follow through with the December tariffs, Boockvar said. “If we do not have a [China trade] deal, I think they’ll couch it and we’re just postponing the tariffs.”

Chief among them was the ADP employment report, which showed that the US private sector had added just 67,000 jobs in November. That was the worst monthly job growth statistic since May, and bears were quick to point out that it was also the second-worst figure in a decade.

Some of that employment weakness may have already been baked in. With the manufacturing sector in a recession, that industry’s 18,000 job cuts weren’t all that surprising. Unemployment also ranges at 50-year lows, making sluggish job creation an inevitable reality.

Moreover, stock market optimists might be crossing their fingers that Friday’s Labor Department employment report will paint a brighter picture than ADP’s and suggest that the latter could have been an outlier.

4. That other economic data miss wasn’t that terrible.

Non-Manufacturing PMI printed a 53.9 for November, a notable decline from 54.7 in October. Economists had expected services activity to come in a bit stronger at 54.5.

Nevertheless, readings above 50 indicate expansion, so the backbone of the country’s economic engine remains relatively healthy.

Finally, the Dow received a boost from a surge in the price of oil.

US crude inventories plunged by 4.9 million barrels, far above the 1.4 million barrel estimate. That, coupled with potential OPEC production cuts, sent oil as much as 4% higher on Wednesday.

DJIA members Chevron and Exxon Mobil each enjoyed a solid bounce from the news.