It’s been 25 years since Sony entered the console race, and gaming is better for it. It has been a rough ride at times, but in the quarter of a century since the brand started out, PlayStation has emerged as the premier gaming platform.

Today marks the 25th anniversary of the Playstation's release. Who remembers this? pic.twitter.com/OCu7LS2zkN

Sony became the top dog by making some pretty clever decisions over the last 25 years. These are five critical moves that cemented the PlayStation’s status as the gaming industry’s market leader.

It is now a well-known industry fact that the first PlayStation was originally a joint venture between Sony and Nintendo. It was supposed to be a disk-based add-on for the SNES. Nintendo eventually decided to ditch Sony midway through development, without really telling them.

After further rejection from Sega, Sony decided to go solo and release the PlayStation. The console was the clear winner of the fifth console generation, literally selling more units than all of its competitors put together. That showed those games industry bullies!

After the breakout success of the PS1, the pressure was on to produce an equally successful follow-up. Sony not only matched their first console’s success, they completely smashed it.

Sony provided the PS2 with several killer features. It had insanely-good third party support, came with a DVD player as standard, and released before the competition. It’s little wonder that it went on to be the best selling console of all time. 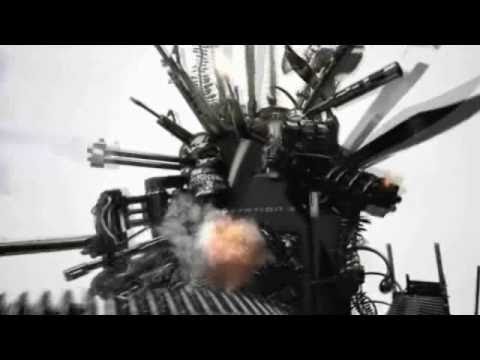 The PS3 did not follow in the first two PlayStation consoles’ footsteps. When it was released, it was poorly received due to its high price and lack of decent software. It was positively crushed by the Xbox 360 and Nintendo Wii.

Luckily, Sony didn’t try to dig in their heels. They understood that the PS3 had potential and produced a slimmed-down version for a better price. It was also quieter, smaller, lighter, and by this point, had much better games, bringing the PS3’s final sales up above the Xbox 360.

During the sixth console generation, Sony’s network features were…problematic. The act of actually finding a friend and playing online with a PS3 was a pain. At least the service was free.

When the PS4 came out, they started to charge for some online services. With the added revenue, online gameplay became much smoother.

PlayStation Plus also supplied a “free” game collection, which is beneficial when you’re new to a console and have no games.

For the longest time, the games industry was convinced that multiplayer was the future of video games. They also assumed that this meant that single-player games weren’t important anymore unless they came with a tacked-on multiplayer mode.

It was really Sony who decided to break this trend and invest heavily in single-player experiences. Between 2017 and 2019, we got so many great titles that didn’t have online modes. God of War, Spider-Man, and Horizon Zero Dawn were all first-party PlayStation titles that sold ridiculously well, boasted great reviews, and generally proved that single-player was here to stay.

There you have it, the five decisions which have turned the PlayStation brand into the most popular gaming console series in the world. PlayStation really does dwarf its competitors in terms of popularity. They hold three of the five top spots on the list of best-selling consoles.

It really doesn’t get more iconic than that.