A breakthrough coronavirus treatment and easing lockdowns in New York and California gave the stock market some bullish momentum on Tuesday.
PHNjcmlwdCBhc3luYyBzcmM9Imh0dHBzOi8vcGFnZWFkMi5nb29nbGVzeW5kaWNhdGlvbi5jb20vcGFnZWFkL2pzL2Fkc2J5Z29vZ2xlLmpzIj48L3NjcmlwdD4KPCEtLSBUb3AgQXJ0aWNsZSBDQ04gLS0+CjxpbnMgY2xhc3M9ImFkc2J5Z29vZ2xlIgogICAgIHN0eWxlPSJkaXNwbGF5OmJsb2NrIgogICAgIGRhdGEtYWQtY2xpZW50PSJjYS1wdWItNjQ3MjA2OTY5MzY1NzE0MyIKICAgICBkYXRhLWFkLXNsb3Q9IjU4NDY0ODIyMjMiCiAgICAgZGF0YS1hZC1mb3JtYXQ9ImF1dG8iCiAgICAgZGF0YS1mdWxsLXdpZHRoLXJlc3BvbnNpdmU9InRydWUiPjwvaW5zPgo8c2NyaXB0PgogICAgIChhZHNieWdvb2dsZSA9IHdpbmRvdy5hZHNieWdvb2dsZSB8fCBbXSkucHVzaCh7fSk7Cjwvc2NyaXB0Pg==

A flurry of positive news propelled the stock market higher today. After rallying into the closing bell on Monday, the Dow Jones Industrial Average (DJIA) extended its surge when the market opened on Tuesday.

It’s a welcome bounce after a lackluster start to the month of May. So what’s the catalyst behind today’s rip higher? Well, there are five…

U.S. stock futures had given back some gains before the markets opened after a German court ruled that the European Central Bank’s quantitative easing (QE) program may be unlawful. The court afforded Christine Lagarde three months to prove the central bank’s actions were proportionate, and make any necessary changes.

Scientists published a breakthrough report last night which could be a game-changer for the coronavirus outbreak. Researchers claim they’ve created an antibody that can destroy the virus.

For the science-minded among us, it’s a monoclonal antibody – created in a lab using genetically modified mice. A similar process has been used to create effective cancer treatments.

The antibody is still in the early stages. It will need to go through strict animal trials, then human trials, before getting the all-clear. But the sheer volume of potential Covid-19 treatments and vaccines is helping buoy the stock market recovery.

Traders took a step back from stocks yesterday as it looked like Trump might re-ignite the trade war. The president accused China of covering up the coronavirus and threatened to kill the trade deal. 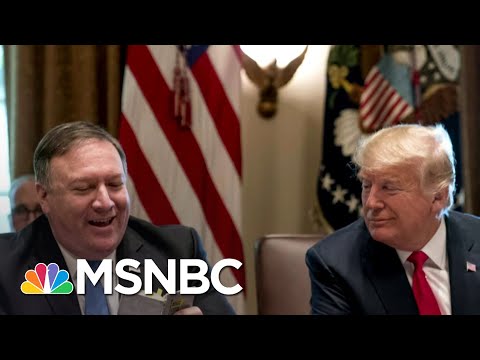 I do think we have to be honest and call this what it is and this is the start of a new Cold War.

Perhaps the biggest boost for the Dow Jones this morning comes from California and New York state governors. Newsom and Cuomo outlined plans to tentatively ease the lockdowns in their respective states. Cuomo outlined a four-phase blueprint for coming out.

[Lockdowns are] not a sustainable situation… You can do it for a short period of time, but you can’t do it forever.

The state of New York will remain in lockdown until May 15th. But after that, Cuomo will phase in economic activity. Construction and manufacturing will return in phase one alongside some curb-side retail. Professional services, restaurants, bars, and eventually cinemas will follow.

In California, Governor Newsom will ease restrictions on some businesses from Friday.

The oil price entered a death spiral last month. The front-month contract for crude oil futures tumbled below zero for the first time in history as demand dried up. But Giovanni Staunovo at Swiss bank UBS says the worst is almost over.

We would describe the current environment as the darkest hour just before the dawn.

It’s been a brutal two months for the global economy. Manufacturing has ground to a halt, businesses are frozen, and more than 30 million are newly unemployed in the U.S. alone.

But it can’t get any worse, according to Goldman Sachs analysts.

The bank is now expecting a strong bounce in GDP for the second half of the year. It seems investors are beginning to price in this recovery. As we know, stock markets tend to sniff out a recovery and hit a bottom much earlier than the broader economy.