The big debate amongst IPO investors right now is whether they prefer Uber or Lyft. Both companies might appear to offer practically the same services, but when you get into the details things become less clear.

Lyft is technically a “unicorn” with a valuation at over $1 billion, and Friday’s IPO included a lot of interesting information. Utilizing these new stats and some existing information, here are five big reasons why Lyft is a significant threat to Uber. 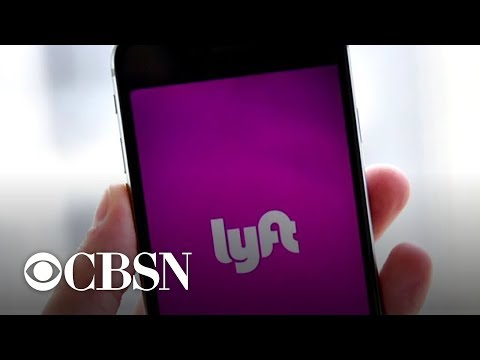 1. Lyft is focused; Uber is bloated

The principal difference between Uber and Lyft is size. While Uber is in nearly 70 nations worldwide, Lyft is only in the United States with around 300 cities running their services.  Some might think that Uber is the superior investment because of its size, but that is not the case. With greater size can come greater expenses and increased operating risks. While Uber has faced (and continues) to meet a regulatory firestorm, Lyft’s sole presence in the US has allowed it to avoid most of the trouble that’s Uber has gotten itself in. Like a younger child watching an older sibling, Lyft has been able to learn from Uber’s mistakes. Yes, Lyft is making a loss just like Uber. Techcrunch.com reported:

The leaner your business model, the easier it can be to avoid complicated set-backs. By focusing on the US, Lyft ensures that it only has to deal with a (mostly) business-friendly environment that champions investment. You can not say the same for Uber.

Let’s be honest; everyone’s biggest hang-ups over using a ridesharing service are safety. All you want is to get where you are going safely and efficiently. Both Uber and Lyft have made it their top priority. Clearly, in the early days when Uber dominated the landscape, it was the obvious choice. But as Lyft eats into Uber’s market share, it becomes more and more apparent that the consumers are legitimizing its smaller competitor.

By filing for an IPO, Lyft has been given an incredible amount of publicity with people regularly comparing it with Uber. Before the IPO talk, I barely considered Lyft at all, but Uber’s monopoly in my life is over. In a business where consumer confidence is king, being able to identify as a publicly traded company is worth its weight in gold.

3. Drivers can utilize both Lyft and Uber

As a frequent user of rideshare services in Los Angeles, one of the key concerns I have faced is driver availability. No-one wants to stand on the side of the ride for 20 minutes in the rain only for the driver to cancel at the last minute with no other cars in sight. I have asked many drivers why they drive for the Company they do, and the answer is nearly always the same, that they couldn’t care less if its Lyft or Uber as they use both simultaneously. The point is that Lyft has successfully matched Uber’s payment and cost model for all but minor differences. Keeping drivers happy is huge for Lyft. Having enough active cars is a big challenge for a smaller, less well-known brand with fewer clients.

More drivers increase the number of riders, and Lyft can continue to effectively scale the number of cars on the road so long as drivers see a benefit in running both apps. 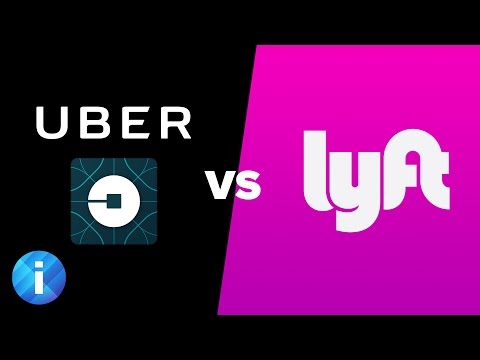 4. Uber isn’t the only one investing in Driver-less Cars

One of the big selling points for Uber is that an investment in their IPO is more than investing in rideshare technology. It is also investing in Uber Eats and the more tantalizing driverless car technology. Lyft is also investing in driverless technology. They are matching Uber step for step into any progressive ideas for Urban transportation. While we can’t know who will have the most success with driver-less technology, Lyft is also a player. Its US-centric policy might help it to get cars regulated and on the road faster than Uber who will be dealing with multiple different regulatory bodies.

5. Momentum is with Lyft

People talk a lot about momentum in financial markets, and often it is entirely subjective. Just because something grew X amount last month doesn’t mean it will continue. It is often worth considering these trends however because they can offer some insight into consumer behavior. As you can see from this picture, Lyft has substantially eaten into Uber’s market share over the last few years. Focusing our attention on individual cities shows even more interesting statistics, as in Seattle Lyft is not far off 50%.

If Lyft can concentrate on the major US cities and achieve comparable market share down the road, then it could offer investors a more stable business model than Uber. Uber’s reliance on sheer scale would make it more vulnerable to shifts in global market conditions. As Dan Sperling said to phys.org a while back,

“The only advantage of going international is just to be bigger,I think it’s absolutely sensible to stay focused on the U.S. market. It does mean it will be a smaller company, but the profitability will be just as much.”

It could also face arbitrary decisions by foreign governments that domestic investors might not see coming.

Uber vs. Lyft, but understand the difference

While everyone wants to lump these two companies together, from an investing standpoint, perhaps that is the wrong approach. Yes, they offer the same services, but it is their independent ambition that they differ. Uber is a grand vision for global monopoly, while Lyft seeks to dominate domestically. For this reason, despite Lyft’s smaller scale, it might be the safer play. This is not to say that LYFT does not have its problems with slowing revenue and debt, but rather that with a history of scandals, Uber has more drivers, more riders – and more problems.