2019 was a record-breaking year for stocks. Here are five emerging themes that could impact equity markets over the next 12 months.
ShareTweet

There is no question that 2019 was a great year for stocks.  With the U.S. economy holding together despite a slowing global environment U.S. equities came off 2018’s near meltdown with a massive rally the last 12 months.

With performance like that the big question is, “Can it continue?” Here are my five biggest potential stories in stocks for 2020.

Now that Boris Johnson has secured his Withdrawal Treaty and the amendments, which claw back power to the government stolen last year by now ex-Speaker John Bercow for Parliament, the United Kingdom is facing something it hasn’t had in years.

A Thatcher-esque majority allows Johnson to continue his tough guy act with the EU. All the incentives are all in his favor now that he has a major political ally in French President Emmanuel Macron.

Macron wants a fiscal compact across Europe.  The U.K. didn’t.  The two negotiated an amicable split back in October.

That alone should spur new investment into the country and send the FTSE to new highs.  There is zero threat of the U.K. going down the ruinous path of negative interest rates now.

When the debt crisis comes to Europe, the U.K. will no longer have to bail out EU banks.

That makes Gilts and the FTSE attractive places to park money.

I warned in my very first article for CCN.com that settling Brexit was bad for Germany.  Germany’s economic and political troubles only multiply from here.  Its trade surplus with the U.K. isn’t recycled through EU budget payments.

The Germans insistence on running a mercantilist empire within the EU by leveraging the euro has left them with almost zero friends on the continent.

And that comes at Germany’s expense with abandoning austerity.  Germany’s stock market could not rally to new highs when it looked for most of 2019 it would win the latest Battle of Britain.

The need to devalue the euro and consolidate the sovereign debt is acute. Germany’s economy is slipping into recession. Its automakers are facing massive costs with Merkel appeasing insane Greens in the name of global warming.

Its political leadership is paralyzed by an electorate unsure of which direction it wants to go.

Any bad news in Germany and these numbers go haywire.  After such a strong run in 2019, I expect a lot of markets to reverse in January.  The German DAX is a prime candidate for portfolio re-balancing by fund managers, adding to their problems.

Most analysts think the U.S. equity markets are overvalued.  They refuse to look at the world around them.

If you focus solely on U.S. statistics and past valuations you miss the big picture. There is a major debt crisis brewing around the world.

At one point in 2019 we had rising stock, bond, dollar and gold markets simultaneously.

It’s not supposed to look like that.  But, that is the power of international capital inflows overwhelming so-called fundamentals.

Since the Fed’s intervening in the repo markets U.S. dollar has been under pressure.  But U.S. dollar weakness isn’t sustainable. There is only so much the Fed can intervene to keep it from rising.

This is why I expect we’ll see equity market corrections in the first part of 2020.  It’ll start in Europe and as the dollar rises,. Then we’ll see dollar liquidity concerns hit the U.S. equity markets.

It may take most of the first quarter, but there will be another round or two of heart-stopping volatility in U.S. stocks in the first part of 2020.

Think back to 2008 and Bear Stearns’ implosion.  Now think Deutchse Bank (NYSE:DB) finally hitting rock bottom, forcing the ECB to act to contain the risk.  During the weeks of turmoil as politicians and central banks wrap their heads around the problem, commodities and the global economy will go into free fall.

The current rally in oil prices is a function of dollar weakness not any rebalancing of oil’s supply and demand.  OPEC’s production cuts were a sign of weakness.

Be weary of secondary players in the U.S. oil space, only blue chips will survive, just like in 2008/09.

While the NASDAQ had its day in 2019, 2020 will be the year of Blue Chips, specifically he Dow Jones Industrials.  It will come down to international capital and cash flow.  Yield will be king as a debt crisis in Europe will see heavy inflows into stocks paying well to investors trying to ride out the chaos.

Those commodity blue chips like Exxon-Mobil (NYSE:XOM) I think will have a tough first half will will look like safe-haven ports trading at a 6% yield.  Same thing goes for 2019 laggards like AT&T (NYSE:T), which is already cheap by this metric.

Conversely, high-flying growth stocks will face the end of their momentum rallies as a vortex of liquidations and margin calls will force harsh re-evaluations of balance sheets around the world.

Stocks with strong cash flow profiles will be the first to recover after the correction. 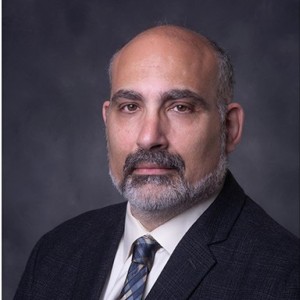 Tom Luongo is a former chemist and independent commentator on markets, culture, and geopolitics living on his hobby farm in North Florida His work can be found at his blog Gold Goats 'n Guns and you can reach him on Twitter at TFL1728. U.S. “Sanctions Bill from Hell” is a Declaration of War on Europe as Well as Russia Historic $860 Billion Pump is About to Send European Markets Flying Wirecard Stock Crashed 85% in Just 3 Days: Is Now the Time to Buy?