London venture capital firm MMC Ventures has conducted a damning survey which revealed that 40% of “AI” firms in Europe don’t use AI at all, and are simply using the term to capitalize on the hype associated with the term. MMC examined 2,830 self-described AI startups throughout 13 EU countries. The VC firm found that 40% don’t use AI technology in a way material to their business, generally without even investing in artificial intelligence/machine learning technology at all.

“In 40% of cases we could find no mention of evidence of AI. […] companies that people assume and think are AI companies are probably not.”

One such firm attempted to defend its actions by stating it was using investor funds to “gather data and knowledge to enable the implementation of AI.”

In other words, “we haven’t done anything in AI, but we might.”

The bizarre and seemingly-widespread practice is easily explained. According to the MMC study, AI firms receive between 15% to 50% more funding than other firms. This creates a very clear incentive for the companies to convince investors that their business is, in some way, connected to the emerging technology.

AI firms often have higher overhead due to the cost of highly-specialized AI engineers, although it’s undeniable that there is also an allure around what is perceived as a new and exciting field. This, too, is behind the increase in available funding.

MMC head of research David Kelnar stated that while in some cases, the AI classification may come from third-party websites, the firms are likely aware of the classification and actively choosing to do nothing about it.

It’s also likely that many firms are taking active measures from the beginning to deceive investors in what could be perceived as a fraudulent manner.

“I think in most cases [startups] will aware of how they’re being classified.”

The study also found that many of the firms using AI in connection to their business are often pursuing use cases with limited viability with 26 percent of companies developing chatbots and 21 percent pursuing fraud-detection solutions.

While it could be that the companies are earnest in their efforts, the success and potential of these two use cases is notoriously difficult to measure. AI fraud detection may not be cost-effective in the long run for major companies.  While AI chatbots are useful for automation, they are frequently cited as a user-experience pain point, i.e., people find them annoying.

Why chatbots haven’t (yet) lived up to their hype https://t.co/nLPYZo16Th #AI #DeepLearning #MachineLearning #DataScience pic.twitter.com/MGeaVZvONw

Rise and Fall of the Industry

After an initial craze in the early 1990s, the AI “bubble”  burst, leading to a negative stigma in the eyes of investors. The concept was there, but researchers and developers simply didn’t have the kind of processing power at their disposal that we do today, and it would be decades before the technology would emerge from the labs to be the golden child of the VC world once more.

There was an interim phase in which the term “Machine Learning” or “Deep Learning” became a more popular way to describe the same kind of technology AI researchers were working on. While the fields are not synonymous, they became so for a brief period, with many arguing that firms were attempting to rebrand themselves and put distance between ML and the then-stigmatized field of AI. AI, for many years, was viewed by investors as something of a failure which had accomplished very little for the huge amount of funding it had consumed.

Those days are over, and the AI hype is back in full swing. Machine Learning, Deep Learning, and Artificial Intelligence are all viewed as promising, trending fields of research that have huge near-term potential and enterprise-grade use cases. 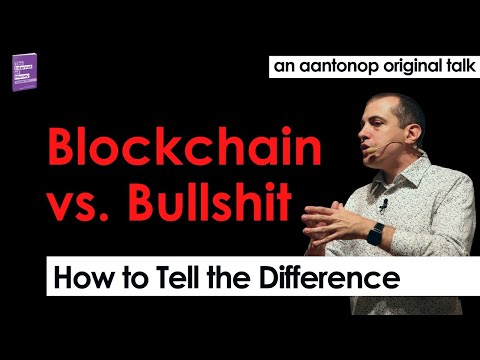 To anyone within the blockchain space, this is all too familiar.

After the ICO bubble collapsed last year, many other types of rebranded crowdfunding models have arisen in an effort to raise funds without the negative ICO stigma. IICOs, STOs, SAFTs – while some are useful, others sound like more of the same. A survey last year showed that a massive 81% of all ICOs were scams, CCN.com reported.

However, the true parallels lie in companies cashing in on the hype itself. Blockchain, like AI, is a promising, groundbreaking technology that is still poorly understood by the public, and even by many investors and business executives. Companies have added the word “blockchain” to their name and seen stock skyrocket overnight.

While the underlying technology in both fields is undeniably sound, the bad practice of businesses cashing in on the hype could be doing serious damage.

In a world where reputation is everything, a large minority of so-called AI firms could end up negatively impacting the future fundraising potential of genuine, horizontal-focused firms. It’s possible that the news of the MMC report will even have an effect on AI stock in general over the coming days.

Conor is a blockchain and cryptocurrency journalist from Ireland and founder of The Written Craft content service. A firm advocate of decentralization through blockchain technology, he's also an off-grid enthusiast and really fun at parties too. Follow him on Twitter to hear him roar.

Is Google a Hypocrite for Developing China’s Artificial Intelligence?