There’s far more than a single football game at stake at Gillette Stadium on Saturday.

The New England Patriots will earn a remarkable 11th-straight AFC East title with a win. The Buffalo Bills, meanwhile, will keep dreams of the franchise’s first division crown since 1995 alive if they become the second team to embarrass New England at home this season.

Both teams have already clinched playoffs berths, but Saturday’s showdown will loom large to the postseason picture regardless. A victory will put the 11-3 Patriots one step closer to getting a first-round bye, a golden opportunity the 10-4 Bills are vying for, too.

1. The Bills Must Win Battles from the Slot

New England is hurting on defense. Standout slot cornerback Jonathan Jones was ruled out of Saturday’s contest earlier this week with a groin injury, and his most likely replacement, Jason McCourty, is currently listed as questionable while nursing a groin injury of his own.

The Patriots have proven time and again during the Bill Belichick era that their innovative schemes and commitment to execution defensively can easily compensate for lacking personnel. But Cole Beasley, Buffalo’s top receiving target, does the vast majority of his work out of the slot – where New England is suddenly most deficient.

#RevengeGame TD for Cole Beasley. 25-yard TD from Josh Allen to Beasley in his return to Dallas.

It would be remiss to expect the Bills to move the ball consistently against football’s top-ranked defense. Josh Allen isn’t ready to beat elite competition with his arm alone, and the Patriots’ run defense ranks seventh in Football Outsiders’ efficiency metrics.

This is likely to be a low-scoring game, just like these teams’ first matchup in late September. Every little bit of offense Buffalo musters will matter, and the offense’s surest means of getting it may come from Beasley.

2. Buffalo Must Protect the Football Against a Stingy Patriots Defense

Taking New England’s crowd out of the game altogether in an impossible task, but it’s crucial for visitors to lessen the impact of Gillette Stadium by limiting major momentum swings in favor of the home team – and that means not turning the ball over.

It speaks to just how dominant the Bills were defensively in Week 4 that the Patriots managed four takeaways and still scored only 16 points. New England put up a paltry 224 yards total offense against Buffalo, easily a season-low, and accrued just 11 first downs while going 5-of-18 on third-down conversions. 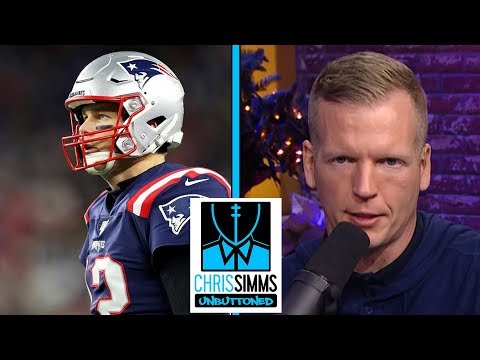 The Bills are in the running for the NFL’s best defense behind the Patriots’. Given that reality and New England’s increasingly dormant offense of late, it would be a surprise if Tom Brady and company were able to make a major dent on the scoreboard.

Their likeliest way of doing so? Taking advantage of short fields provided by the defense, which means it’s ever imperative for Buffalo to take care of the football.

3. The Bills Should Rely More on the Run Game

Sean McDermott deviated from the Bills’ season-long offensive approach in Week 4 and it killed them.

Allen threw three interceptions before being knocked out of the action with a concussion, and backup Matt Barkley tossed another pick as Buffalo staged a late-game comeback. Between them, Allen and Barkley threw 44 passes, a season-high.

The Bills’ reliance on the pass was especially frustrating because they were enjoying success on the ground. Frank Gore rushed 17 times for 109 yards, while Allen had five carries for 26 yards. As a team, Buffalo averaged a stellar 6.1 yards per rush. 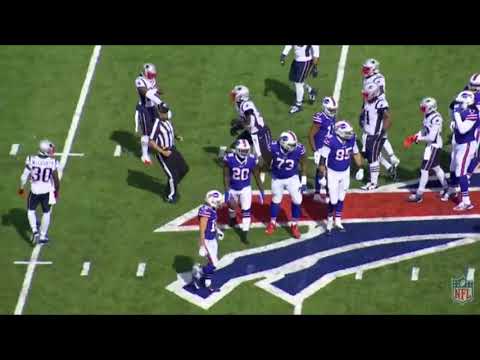 The Bills enter Week 15 with the league’s fifth-lowest ratio of passes to runs. There’s a balance to strike between making Beasley a focal point and relying on the run, and Buffalo’s best chance of pulling off the upset is finding it.