The Dow Jones Industrial Average (DJIA) is showing no signs of slowing down amidst intensifying political conflicts and Chinese Premier Li Keqiang’s forecast of an economic slowdown in 2020.

Li said on a state-run television network according to Reuters:

The Dow Jones, which is up by nearly 22% year-to-date, has three driving fundamental factors to sustain its upward momentum throughout the first quarter of 2020.

#1: U.S. currently has what China does not have in liquidity

Throughout the past several months, the People’s Bank of China (PBoC) have approached the introduction of new economic stimuli in a very cautious manner.

It has consistently expressed concerns that more short-term stimuli could lead the long-term stability of the Chinese economy to dwindle. As such, even at the risk of seeing a lower economic growth rate in 2020, the PBoC is maintaining a careful stance.

The U.S. and the Federal Reserve have been relatively aggressive with injecting new liquidity into the market. This accommodative attitude of the Fed ended up significantly relaxing financial conditions, contributing to the extended rally of the Dow Jones.

As CCN.com previously reported, many billionaire investors and high-profile investment firms have described the high liquidity in U.S. markets as the main driving factor of the recent bull run of the Dow Jones.

#2: China feels U.S. has the edge on the trade deal

On Fox Business, Hudson Institute senior fellow Michael Pillsbury said that China feels they have been “ripped off” by the U.S. and that President Trump got his way in the trade talks.

They feel they have been ripped off and that the agreement very much is in President Trump’s favor. So they are kind of dragging their feet in my impression. 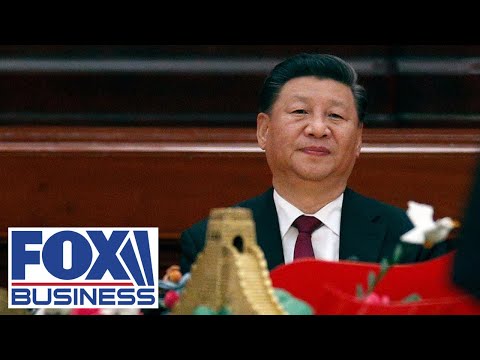 The performance of the Dow Jones in the past two weeks has shown that while the phase one deal has been a boost for the stock market, it is not the single biggest catalyst of the market rally.

But, it brings more confidence to both the Dow Jones and U.S. businesses knowing that President Trump has been able to secure a deal that is fair to the U.S.

Since the beginning, the trade talks between the U.S. and China were delayed because both sides needed to play it out as a solid winning scenario.s

Charles V Payne, the host of Fox’s Making Money with Charles Payne, said that the single most important chart to observe that supports the re-election of President Trump is the wage growth of individuals in the U.S.

The Chart That Shows Why President Trump Gets Re-elected

Charts of the stock market and jobs and declines in things like food stamps are powerful arguments for President Trump to win in 2020 but most important promise made was higher blue collar wages. Those wages are soaring pic.twitter.com/p529VjjOHv

The growth in wages lead to increase in spending and a rise in allocation to 401Ks, and ultimately the stock market, causing the Dow Jones to thrive regardless of political happenings and the threat of the slowdown of the global economy.