Dow Jones Industrial Average (DJIA) achieved a new all-time high. Yet, it still has all 3 fundamental factors to push it even further.

The Dow Jones Industrial Average (DJIA) achieved a new all-time high on Monday. Yet, it still has all three fundamental factors to push it even further into an extended bull market.

Currently, the Dow Jones is still hovering at 28,235 after rallying by more than 21 percent year-to-date. It has strongly outperformed major stock indices such as the SSE Composite, Nikkei 225, and the FTSE 100.

As reported by CCN.com, the U.S. stock market is pricing in a no rate cut in 2020 based on data from the CME futures market.

On December 11, the Federal Reserve said that the national benchmark interest rate will remain in between 1.5% to 1.75% as it observes how the U.S. economy performs.

The performance of the Dow Jones or the equities market is not equivalent to the state of the U.S. economy. The economy encompasses many other major components such as the job market, business sentiment, productivity, and the housing market.

The stock market hitting all-time highs is a criminally misleading metric for the strength of an economy or country for its citizens. 55% of Americans own stock, including retirement accounts provided by employers. Some of those own only a few dollars worth.

While the rollback of December 15 tariffs has benefited American farmers, the extent to which the phase one deal will improve the business confidence of the U.S. in the imminent future is still debated.

As such, the Fed’s decision to maintain an accommodative stance amidst the longest bull market in the history of the U.S. is a significant boost to the momentum of the Dow Jones.

As famed investor Kevin O’Leary said, the tariffs imposed by the U.S. on Chinese goods are merely value-added tax (VAT), nothing more.

All other six countries in the G7 charge VAT to imports and the U.S. has not done that for a long time.

O’Leary emphasized that even if the trade talks go sour and the phase one deal falls out causing December 15 tariffs to be imposed, the Dow Jones will not act as badly as anticipated.

I keep saying to the Trump administration, keep going. Because I want to deal with China. Keep squeezing Chinese heads, don’t stop now.

The progress of the trade talks between the U.S. and China is certainly contributing to the improving outlook of the Dow Jones. But, the solid jobs market of the U.S. and satisfying numbers across all major industries are the main factors of the expanding economy. 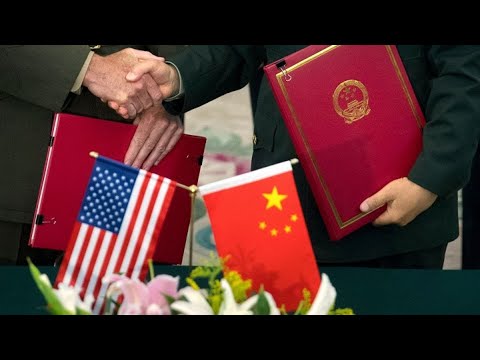 Up until September, fears of a recession intensified as the last month of the year often ended badly for the U.S. economy based on historical data.

However, according to reports, the U.S. economy is set to expand heading into 2020 with sustained growth despite the dealings with the trade war throughout 2019.

A gradually expanding economy put together with a strong jobs market and significant progress in the trade talks with China place the Dow Jones at a prime position to continue its record bull market.