Ahead of the FOMC meeting, China’s stock market is surging. It indicates global markets expect a positive stance from the Fed.
PHNjcmlwdCBhc3luYyBzcmM9Imh0dHBzOi8vcGFnZWFkMi5nb29nbGVzeW5kaWNhdGlvbi5jb20vcGFnZWFkL2pzL2Fkc2J5Z29vZ2xlLmpzIj48L3NjcmlwdD4KPCEtLSBUb3AgQXJ0aWNsZSBDQ04gLS0+CjxpbnMgY2xhc3M9ImFkc2J5Z29vZ2xlIgogICAgIHN0eWxlPSJkaXNwbGF5OmJsb2NrIgogICAgIGRhdGEtYWQtY2xpZW50PSJjYS1wdWItNjQ3MjA2OTY5MzY1NzE0MyIKICAgICBkYXRhLWFkLXNsb3Q9IjU4NDY0ODIyMjMiCiAgICAgZGF0YS1hZC1mb3JtYXQ9ImF1dG8iCiAgICAgZGF0YS1mdWxsLXdpZHRoLXJlc3BvbnNpdmU9InRydWUiPjwvaW5zPgo8c2NyaXB0PgogICAgIChhZHNieWdvb2dsZSA9IHdpbmRvdy5hZHNieWdvb2dsZSB8fCBbXSkucHVzaCh7fSk7Cjwvc2NyaXB0Pg==

The SSE Composite, which tracks all stocks in the Shanghai Stock Exchange, increased by 2.06% on the day. Pre-market data show a minor gain in the U.S. stock market, following a 0.77% drop on Tuesday.

In the past month, leading central banks have strengthened their position to maintain low interest-rates throughout 2020.

On July 16, the European Central Bank (ECB) formally expressed its intent to sustain loose financial conditions until the year’s end.

The ECB said it would keep the -0.5% to 0.25% interest rate for the foreseeable future. The record low rate for the region alleviated pressure off of the stock market.

At the time, Jacquie Douglas, an analyst at TD Securities, wrote:

The ECB made its big decisions in June, leaving no real probability of a change in stance now.

As the ECB and Asian central banks move forward with record-low rates, the Fed’s dovish stance could recover investor confidence.

The strong rebound of Chinese stocks suggests that the appetite for risk-assets would increase if the Fed maintains low rates.

Gloomy figures, such as the double-digit unemployment rate and rising virus cases, raised uncertainty in the stock market.

But some strategists believe that the new stimulus package and low-interest rates could offset the fear in the market.

According to Commonwealth Bank of Australia’s economist Kim Mundy, the bank expects the Fed will remain dovish.

If the Fed introduces policies that counterbalance the slowing U.S. economy, chances of a stock market uptrend could rise. 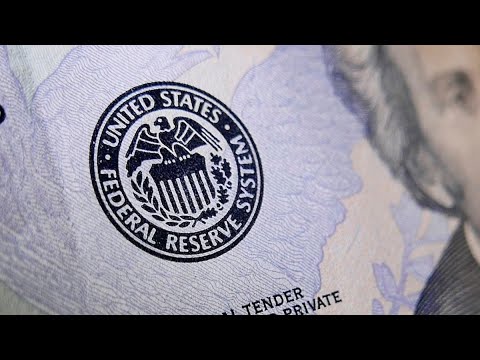 We expect that the FOMC will remain dovish and acknowledge that the US economic outlook has deteriorated since the 11 June meeting. Since 11 June, there have been more than 2 million new coronavirus cases in the US.  This has slowed re‑opening efforts in some US states and as a result, increased the uncertainty around the pace of the US economic recovery.

In the next 24 hours, the economist emphasized that market participants and investors will primarily focus on the FOMC meeting.

So far, the reaction of the Chinese stock market shows an improving sentiment among international investors.

Before the earnings week, some analysts predicted tech stocks to underperform massively.

Tech stocks, like Amazon and Microsoft, have dropped by around 5% to 10% from recent highs. Contrary to various predictions, tech stocks have not substantially declined in recent weeks.

A mediocre earnings season, combined with an expected dovish stance from the Fed, could further catalyze the U.S. stock market.