3 Hypocritical Oscars Moments That Prove Hollywood Has Lost Its Mind

The Oscars grow more irrelevant every year, and these three hypocritical moments prove that Hollywood has completely lost its mind.

This year the Oscars proved once again just how out of touch with reality the Hollywood elites have become.

LA’s finest gathered at the Dolby theater to pat each other on the back and show off their impeccable taste. From political statements to outspoken fashion, the stars who attended made a spectacle of doing “right thing” in a pathetic attempt to make the Oscars relevant again.

But at an awards ceremony that hasn’t represented the public’s taste in years and is known for being elitist and exclusionary, the hypocrisy of political activism is downright laughable. 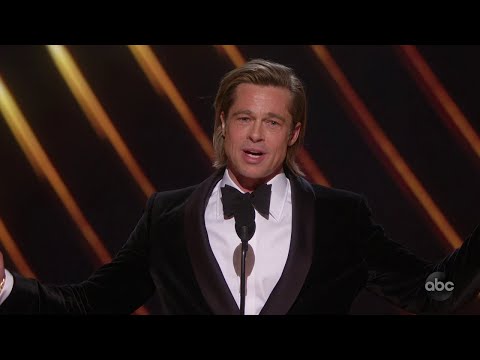 Brad Pitt won an award for best supporting actor and predictably used his 45 seconds in the spotlight to take a jab at Donald Trump.

They told me I only have 45 seconds up here, which is 45 seconds more than the Senate gave John Bolton this week.

Unfortunately for Pitt, the comments fell flat and underscored just how little people care what the 1% think.

And for what it’s worth, John Bolton actually refused to testify during the House impeachment inquiry, and he declined to give his side of the story to the Senate unless he was forced to do so by a subpoena.

2. All the Faux-Woke Virtue Signaling

It’s difficult to take progressive political platitudes seriously when they come from a stage as elitist – and hypocritical – as the Oscars.

This year, only 30% of the non-acting nominees were female, which was still the highest percentage ever.

And despite the fact that Greta Gerwig’s Little Women received six nominations including best picture, Gerwig herself didn’t get a nod for best director.

Surprising when you consider how enlightened today’s movie stars claim to be.

Or maybe not all that surprising.

Hollywood Outclassed by the Obamas

Following the event, much was made of the fact that Barack and Michelle Obama produced the film that won best documentary feature. Perhaps Hollywood should take note of how the former president handled the attention.

Not only did he skip the award show and avoid using it as a platform for politics, but he tried to pass the spotlight on to the filmmakers who actually won the award.

The Obamas, after all, didn’t personally win an Oscar.

The Weird Juxtaposition of DeAndre Arnold and Eminem

Hollywood gave itself a big pat on the back when DeAndre Arnold walked the carpet alongside the makers of “Hair Love.”

Arnold made headlines this year when his high school ordered him to cut his dreadlocks or miss his own graduation.

But the commendable statement that inviting Arnold to the event made was overshadowed by the fact that the Academy invited Eminem to perform.

Not only has Eminem far surpassed his sell-by date, but his homophobic, sexist lyrics should be enough to keep him from performing at the so-called prestigious event.

Eminem and his capacity to offend just about everyone was welcomed with open arms at the Oscars. But advertisements dealing with any type of feminine hygiene were banned.

Frida Mom, the maker of postpartum products for women, released this commercial, which was banned from the Oscars for being “too graphic.” 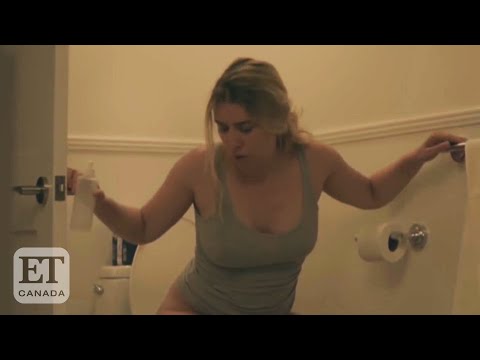 But the ad doesn’t contain any nudity or graphic content. It shows a postpartum woman struggling with the pain that accompanies childbirth.

Sure, let a homophobe bumble around on stage, but a postpartum mother is simply too vulgar for Hollywood’s tastemakers.

The Oscars Have Never Been More Irrelevant

Last year, data showed that half of the country believes that the Oscars are irrelevant and that Hollywood has lost touch with the public. Still, the charade marches on despite the public’s indifference.

To combat the waning interest, politics has become Hollywood’s go-to strategy. Taking a “woke” stand, making an outlandish statement, and virtue signaling has become the formula to guarantee attention from a fawning press.

But even those desperate pleas for attention are starting to fade into the backdrop – just like the event itself.

September 22, 2020 19 Comments
← PreviousBTS’ Creative Freedom Has Finally Been Unleashed
Next →Rage Against The Machine Is Getting Too Old For This

Get Over It: Jennifer Aniston & Brad Pitt Aren’t Getting Back Together

Nick Cannon Wants to Squash His Eminem Beef, but the Timing Is Curious

Bradley Cooper Doesn’t Like the Oscars – Is It Because He’s Never Won?

Turns Out Eminem Is Obsessed With Mariah Carey After All

Eminem Isn’t ‘Stressed Out’ – but Mariah Carey Should Be Panicking