The Dow, S&P 500, and Nasdaq all rose on Wednesday, even after the Federal Reserve plainly stated that it has no plans to lower interest rates any further in the near future. The stock market also shook off multiple negative trade war headlines, not to mention more evidence that economic growth continues to slow.

Nevertheless, the economy’s data deluge continues on Thursday, and these three releases could haunt the stock market when trading opens on Halloween.

Cracks have already begun to form in the manufacturing and (to a lesser extent) services sectors, and bearish analysts argue that weakness will appear in consumer data next as waning business investment begins to hit paychecks and – before long – household budgets. 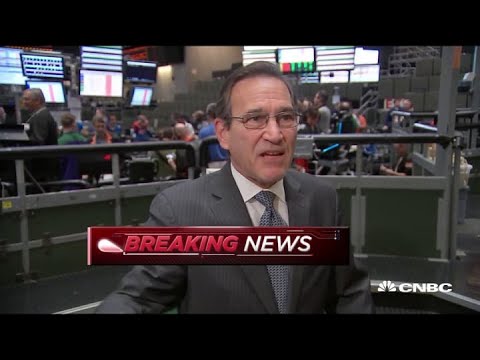 Oct. 31 brings multiple fourth-quarter data releases that will take the temperature of the consumer sector, beginning with the Core PCE Price Index reading an hour before the opening bell.

Widely-rumored to be the Fed’s favorite inflation measure, the Core PCE Price Index tracks price changes in consumer goods and services, which also provides insight into spending habits. The last two prints have missed economist estimates, and the consensus forecast for tomorrow’s reading is 0.1%.

Fed Chair Jerome Powell identified weakness in Core PCE as one reason why the bank is unlikely to hike interest rates anytime soon.

The second important data release scheduled to drop before the bell is the personal spending reading, which is a vital indicator since the US economy revolves around American consumers.

It’s particularly important this month because we already know that retail sales fell 0.3% in September, marking their first decline in seven months.

A strong reading in overall consumer spending would help allay recession fears, and economists currently forecast a print of 0.3%.

Finally, investors will keep an eye on the Employment Cost Index, which tracks the price of government and private-sector labor.

Consumer spending data will take center stage on Thursday, but manufacturing reports could impact the stock market as well.

At 9:45 am, ISM will publish its Chicago Business Survey (also known as Chicago PMI), which the firm describes as a “regional view of the national economy.” It tracks sentiment among purchasing managers in the Chicago area, providing an advance look at how businesses are responding to changes in the economic climate.