After broaching record highs this week, the Dow Jones Industrial Average continues to defy the bearish portents. Going into 2020, the Dow has good prospects for more growth.

No more interest rate cuts will be needed as the economy strengthens, and signs of progress in US-China trade talks could continue the expansion. But investors are eyeing threats on the horizon. The trade talks aren’t concluded yet, and bad news from Boeing (NYSE: BA) is creating some drag.

Analysts at Bank of America Merrill Lynch fear the longest-running bull market in history is due for a pullback. They’ve described the market as “primed for Q1 2020 risk asset melt-up.”

That would bring rapid gains, but it would also leave equities prices vulnerable. If the asset bubble bursts, defensive stocks could mitigate losses.

Here are three defensive Dow stocks that provide exposure to a continued bull market expansion, while hedging against losses in a bear market. 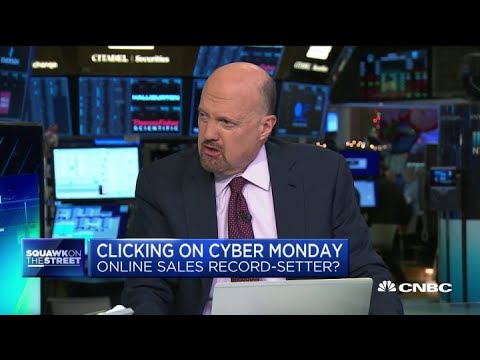 Walmart is the world’s largest retailer and number one corporate employer. Though it reached scale in the brick and mortar era, Walmart is keeping up with competitors in online retail. Its e-commerce business surged 41% in the third quarter.

The Dow 30 company is no worse for the wear in its fierce competition with Amazon (NASDAQ: AMZN). Its market dominance and economies of scale in the consumer staples space make it a Wall Street favorite for defensive stocks.

Walmart is also one of the highest quality dividend-paying stocks. It has an unbroken record of increasing dividends since the 1970s.

Highlight: $MRK $PG and $DIS "were your best-performing Dow stocks," @scottgamm says. "Disney, of course, hitting a record high on optimism over Disney+." Other top Dow performers include $KO $TRV and $MCD. pic.twitter.com/cPfecSWdPb

Procter & Gamble is another legacy blue-chip stock that pays solid dividends. It’s one of little more than 50 companies that have increased dividends for 25 years straight. But Procter & Gamble leads the pack with over 50 years of consecutive dividend growth.

The Cincinnati-based maker of iconic brands like Tide, Bounty, Crest, Dawn, Downy, and Vicks will continue to rake in massive revenue even in a recession. Procter has a current Zacks Rank of #2 on a scale of #1 (Strong Buy) to #5 (Strong Sell).

But if the Dow continues to climb, P&G is well-positioned to continue cleaning up the market with increasing sales and growing returns for investors.

Coca-Cola is another solid, defensive, consumer staples stock with great upside potential in a bull market. Due to solid fundamentals, Wall Street analysts are very bullish on Coca-Cola over the next 12 months.

The company’s strategic shift to low sugar drinks is calculated to bolster its continued growth in a more health-conscious world.

But if the stock market goes sideways, people will still swill its many legendary beverage brands. The Motley Fool agrees with Warren Buffett that it’s a Dow Jones stock you can hold forever.

As one commentator aptly puts it, that’s because:

[I]f the world stops drinking Coca-Cola due to economic concerns, it means we have already entered the apocalypse.

Earlier this month, Morgan Stanley strategist Mike Wilson told investors in a note that disappointing earnings over the next year would set up companies like Coca-Cola and its close business partner, McDonald’s (NYSE: MCD), to outperform the broader stock market.