By CCN.com: Drug manufacturer Purdue Pharma finally settled a lawsuit with the state of Oklahoma, with the OxyContin maker agreeing to pay $270 million to fund addiction research, addiction treatment, and legal fees.

The company was sued because of deceptive marketing tactics that downplayed the addictive nature of their drug, OxyContin, a strong opioid responsible for the death of over 200,000 Americans. Attorney General Mike Hunter filed this suit two years ago, initially seeking $20 billion in damages. 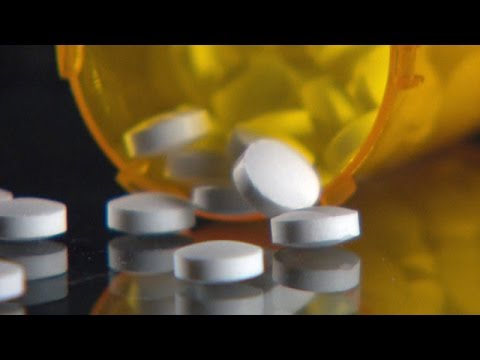 Even though Hunter and the state of Oklahoma successfully recovered $270 million from Purdue Pharma, the victory is bittersweet. This is because it was only achieved because the opioid crisis in the state is so severe that the government was forced to take legal action against pharmaceutical companies.

Prescription opioids such as OxyContin are such a problem in Oklahoma that they are responsible for over 80 percent of prescription drug overdose deaths in the state. Those overdoses kill more people than motor vehicle accidents in Oklahoma every year.

So, it’s great that Purdue Pharma is held accountable for its role in the vast numbers of deaths that have taken place in the state of Oklahoma due to OxyContin abuse. However, the $270 million that was recovered in the lawsuit won’t bring back the victims of the opioid crisis.

As long as OxyContin remains a legal painkiller and continues to be prescribed to people, there is a very high chance that people will continue to get addicted to it. Regardless of whether or not OxyContin and opioid addiction are researched or treated, the problem will not be solved until a viable alternative replaces OxyContin and other opioid painkillers.

Trying to solve the OxyContin abuse problem in Oklahoma with treatment and addiction research is like trying to prevent forest fires by spraying them with water after they are already lit. Treatment and addiction research can only go so far. Yes, treatment can help to limit the number of opioid-related deaths. But it will not solve the problem entirely.

One of the main reasons why the opioid crisis is such a big problem is because many people become addicted after getting a legitimate prescription from a doctor. Medical practitioners need to have better alternatives to prescribe to patients with chronic pain that are effective but not as addictive as OxyContin.

One substance that has been suggested as a potential alternative to opioids for pain management is cannabis. It has actually already been proven that states that have legalized marijuana have less opioid use and abuse per capita.

The reason why marijuana could potentially be an effective substitute for opioids such as OxyContin is that it’s considerably less addictive and the chances of overdose are dramatically lower. This means that in the future, doctors who were prescribing opioids could instead prescribe cannabinoids and save many lives in the process. The state of Oklahoma should take its OxyContin payout to fund research into medical marijuana and cannabis products.

Pharmaceutical companies who do not want to end up in the same boat as Purdue should also start looking into replacing their opioid products with cannabis products and lobby for broader marijuana legalization. Replacing opioids altogether is the only true way to solve the opioid abuse crisis.