Index funds are squashing hedge fund managers in the US stock market. No matter which way you look at it, the decade-long bull markets in the Dow Jones, Nasdaq, and S&P 500 have smoked the “smartest guys in the room.”

Who’s to blame for this? Well, as you might have guessed its probably the Federal Reserve. As they pump markets with an artificial stimulus, designed to force cash out of bank accounts and into higher-yielding, riskier assets, stocks are the only game in town.

But wait, investing gets even more comfortable! Why pick individual stocks when you can lump them together into an index. The Dow Jones Industrial Average (DJIA) is a mix of different stocks from all walks of life, but since they all rise on the Federal Reserve’s tide of cheap money, who cares?

The S&P 500 is an even bigger mix of stocks, and the principle applies just the same. Correlations have picked up substantially in recent years, and finding an uncorrupted investment in the modern US stock market is almost impossible.

How has this affected the investment management industry? Well, for one thing, it means that the bears are being eradicated. Remember when everyone thought 20,000 was going to be significant psychological resistance for the Dow Jones? Well, that was outdated wisdom which got it wrong in a big way. The 3,000 level might be in the conversation again for the S&P 500, but it will be hard for bears to have too much conviction about this idea. Instead of people, the trading bots are Homer’s drinking bird tapping buy on the keyboard until something changes.

The problem for hedge fund managers is that stock markets in their zombie state make concepts like “overbought” or “oversold” a bit redundant. One of the great swing traders of all time, Paul Tudor Jones, has seen his business strongly affected by a lack of volatility. Indeed, the billionaire trader’s reputation has eroded with the relentless climb in the Dow Jones and other major indexes. There could yet be hope.

Tudor Jones himself isn’t giving up, as this quote from Bloomberg demonstrates:

“This might be a better time to be a trader than to just hold,I don’t know if we’re going to have a huge amount of trends. It could just be an enormously volatile period with a lot of back and forth.”

More volatility would undoubtedly make for an exciting time in markets, but Tudor Jones has been praying for a sustained break in volatility for years. He knows that guys like him will be back in demand if that happens, and the build-up of “asset accumulators” (guys who collect assets and take on lots of long exposure) will get shaken out of the tree.

The fact that we are even talking about Tudor Jones struggling shows how hard it is for your average run of the mill fund manager. PTJ pioneered the use of historical charting. He is not your grandad’s wealth manager. Martin Flanagan, the boss at Invesco, also reaffirmed the struggles for the investment managing class:

“The industry is going through dramatic changes right now. Winners and losers are being created today like never before. The strong are getting stronger, and the big are going to get bigger.”

Regarding volatility being better for fund managers, this looks to be undeniably true. Take a look at this chart of the manager performance in the S&P.

The two year period from 2008-2009 saw some of the most significant volatility in stocks that we have ever seen. Here it paid to have a professional at the helm, with just 40% of managers losing out, compared to the roughly 70% this year.

So could 2019 be a year to forget for stock market investors looking to dive blindly into the Dow Jones or S&P 500?

Dow Jones Could Get Burned if Voters Feel the Bern

Well, so far, Mr. Tudor Jones must be getting a little bit nervous.

The drop in stocks that got the bears stirring out of hibernation in December has been mostly erased. The Dow 30 is a bit below 26,000, and the S&P 500 is a few good weeks from threatening 3,000 again.

There is plenty of geopolitical risk lurking out there, but with signs of a détente in the China-US trade talks, even Donald Trump looks to be less of a source of stock market volatility heading into an election year in 2020. 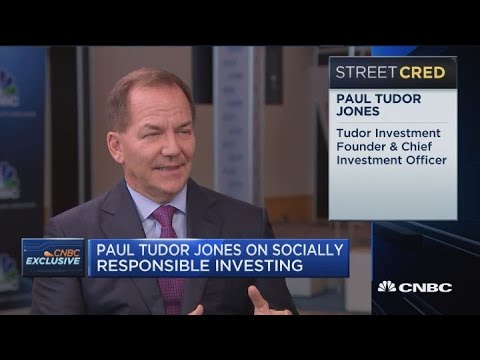 It might be the Fed who killed a generation of wealth managers that might help bring them back to life. The chickens have to come home to roost at some point; you can’t just expect that the market will keep going up forever. The warning signs of political unrest are accelerating with growing wealth inequality. The specter of higher taxation and left-wing governments now haunts those with assets to burn if voters feel the Bern this year and next.

If you invest a Dow index fund, you are practically investing like Warren Buffet. The Oracle is a big fan of passive investing and has continuously praised the low costs and ease of use that they provide. Here he is talking about the S&P 500:

“The trick is not to pick the right company, the trick is to essentially buy all the big companies through the S&P 500 and to do it consistently. Costs really matter in investment. If returns are going to be 7 or 8 percent and you’re paying 1 percent for fees, that makes an enormous difference in how much money you’re going to have in retirement.”

One thing that stock markets have taught us through the years is that crowded trades blow up eventually. The dotcom bubble gave us Google, but people remember it as negative because everyone piled in/got annihilated. Tulips still have value, but because of the speculative history, people talk as if they went to $0. 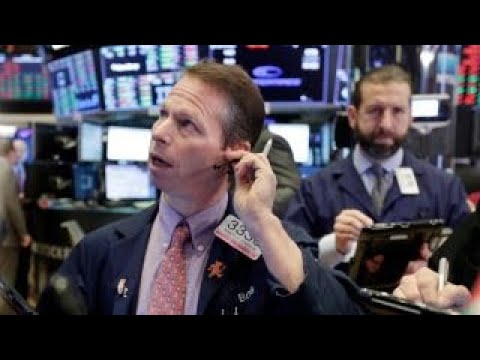 Investing in indexes is safe until something turns, at which point you will find yourself in one of the most overbought trades in history. At that point, you probably want someone to be a little more active and agile with your money.

Don’t give up, traders of tomorrow, if everything is cyclical, then the old bull must be getting tired. For guys like Paul Tudor Jones, it needs to be.