Rep. Alexandria Ocasio-Cortez, possibly the most overrated politician in U.S. history, is nothing new to politics and she’s no reformer either.

She is supposed to represent hope and reform and millennials bringing some of their warmth and earnestness to politics, but she is actually politics as usual.

I don’t know about you, but when I see Washington politicians like AOC and like Donald Trump saying they want the Fed to keep “printing” even more money, and then go and call themselves the servants of the people or whatever — it just reminds me I need to make some more cash fast to buy crypto quick before these pols loosen the Fed’s sphincter so wide the entire monetary regime slips through their fingers.

Sorry for the visual.

Below is a list of facts about Rep. Alexandria Ocasio-Cortez.

Mostly it’s AOC in her own words, her own tweets, her own interview answers. How can sharing someone’s own words be character assassination?

Or assuming it can be, those most be some pretty damaging things the politician said!

And people have a right to talk about it. Especially since AOC has been delegated the power to vote over people’s finances and how markets are governed.

The shady or crooked politician is one of the oldest tropes in politics.

Think of Hillary Clinton who cheated at the DNC primary contest and in the general election, or Rep. Debbie Wasserman Schultz whose close friend and staffer stole from Congress. Think of crooked Richard Nixon, and Alexander Hamilton with his shady financial schemes.

Her henchman is about to get away with a $1 million finance scandal.

Experts are saying it wasn’t illegal, but it was shady. 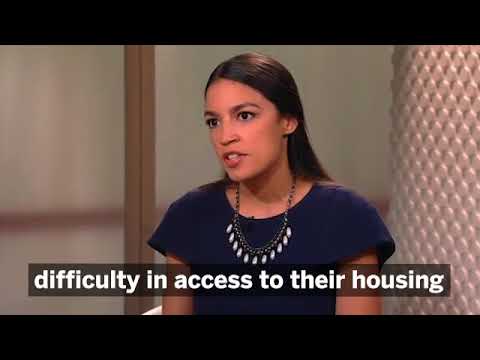 Politicians are often clueless about the real world.

The way they view the world every problem needs a legislative solution.

One of the things people like least about powerful federal politicians like President Barack Obama, State Secretary Hillary Clinton, and President George H. W. Bush is their elitism.

Alexandria Ocasio-Cortez’s elitism and privilege has been conspicuously on display since her shock win of the Democratic primary against Rep. Joe Crowley. It’s tweets like this:

Yup. If you don’t like the #GreenNewDeal, then come up with your own ambitious, on-scale proposal to address the global climate crisis.

Until then, we’re in charge – and you’re just shouting from the cheap seats. https://t.co/h3KSJhHqDN

Politicians are inveterate alarmists, always with their hands full of costly, radical legislative solutions in search of problems. They tell us the big lie to get us to give up our freedoms.

The big lie is the super exaggerated threat that people are too embarrassed to believe anyone would lie about, but it’s pretty worn out in 2019.

She says, “The world is going to end in 12 years if we don’t address climate change.”

“I always thought that if more good people had concealed carry permits,then we could end these Muslims before they [unintelligible].”

This was just this weekend at CPAC, the conference attended by the President and members, to 1000s.

Where’s the resolution against Islamophobia? https://t.co/eXA9F1fezI

Alexandria Ocasio-Cortez is a sitting U.S. congresswoman who recently got into a public spat with a private citizen, Rev. Jerry Falwell Jr. on Twitter, something Democrats considered unseemly of Donald Trump after becoming president.

Amid her skirmish with the pastor and private university owner, the congresswoman tweeted a link to a video of Falwell speaking at a conference with the year wrong which completely changes the context for what his remarks were referencing, a dishonest tweet.

I thought @AOC was just dumb but she is a liar too. She claims this was @CPAC last week when it was actually in 2015 the day after the deadly CA attacks by radical Muslims (“those” Muslims I referenced) She also deleted the last part of my quote “before they walk in and kill us”. https://t.co/lIw4V4BaVj

Just like catcalling, I don’t owe a response to unsolicited requests from men with bad intentions.

And also like catcalling, for some reason they feel entitled to one. pic.twitter.com/rsD17Oq9qe

One of the things that never ceases to amaze news junkies is how ridiculous politicians can be. Things like Nancy Pelosi saying they would have to pass the bill so we could find out what is in it. Or Elizabeth Warren triumphantly releasing that DNA test.

When Ben Shapiro challenged Alexandria Ocasio-Cortez to a debate, she ridiculously compared it to cat calling a woman on the street. Hilarity ensued:

"Hey, girl — want to have a public one-hour discussion on the intricacies of trade policy, deficit spending, and the value of the profit motive? I'll even donate a bunch of money to charity or your campaign to make it happen." — Construction worker in Queens, apparently

One of the worst things about politicians is how unscrupulous they are. They are so ambitious, so power hungry and glory seeking.

They’ll run over anyone to accomplish their ambitions.

They seem to have very little regard for the seriousness of the measures they take and the often devastating unintended consequences of their half-baked interventions.

It’s ironic because they’re always saying to think of the children, but that’s exactly who they kick the can down the road to, the children who grow up in greater debt each year. That’s why politicians kiss babies. They know that’s who’s paying for all their bright ideas.

Alexandria Ocasio-Cortez is no different than these unscrupulous politicians, only she’s worse. She wants the government to print even more money to saddle the children with even more debt to pay for her pet programs.

I have noticed that Junior here has a habit of posting nonsense about me whenever the Mueller investigation heats up.

Please, keep it coming Jr – it’s definitely a “very, very large brain” idea to troll a member of a body that will have subpoena power in a month.

Politics is a very dirty, very predatory business full of threats and warfare.

There’s something about politics that attracts extremely arrogant people.

I can see why Alexandria Ocasio-Cortez would be arrogant, beating a senior U.S. congressman for his seat in his own primary before the age of 30, but boy she sure is.

Meddling politician is a redundancy.

It’s what politicians in a democratic society exist to do. They meddle in other people’s business. They take up other people’s time and money. They fix things that aren’t broken until they’re very badly broken. That’s pretty much what socialism is.

The saga of Alexandria Ocasio-Cortez epic meddling in Amazon’s HQ2 resulted in billions of dollars to her community lost and now she’s hard back pedaling from the meddling.