The inflexible bitcoin provocateur and founder of Mobius Capital, Mark Mobius, is placing a new emphasis on buying gold as economic uncertainties continue to scale.

Mobius, a well known gold bug, took to CNBC to share his thoughts on buying gold as a hedge against further interest rate cuts around the world.

According to the seasoned investor, as the world’s monetary supply continues to increase, and with central banks around the globe attempting to stimulate the economy by slicing interest rates, physical gold is “the only way to go.”

Mobius also highlighted cryptocurrencies such as bitcoin, attributing blame to the nascent assets for their part in masking the true extent of inflation, stating:

“All the central banks are trying to get interest rates down, they are pumping money into the system. Then, you have all of the cryptocurrencies coming in, so nobody really knows how much currency is out there.”

As such, Mobius advised a relatively hefty 10% allocation into gold, with the rest hedged into dividend stocks.

The fund manager also took a swing at the Trump administration, stating that dollar devaluation would continue to occur. “it’s a race to the bottom,” he said.

“People are going to finally realize that you got to have gold because all the currencies will be losing value,”

Gold continues to thrive as a safe haven, especially during economic pressures. It benefits from the fact that it cannot be mass-produced, and is not subject to the whimsical policy decisions of any government.

Gold isn’t the only asset that can boast these qualities. Bitcoin is increasingly offered as a budding safe haven and a hedge against global risk. Back in June, Grayscale investments, a cryptocurrency asset manager, observed that bitcoin profited most when the financial industry faltered. According to the research, after Trump’s tariff hike on Chinese imports back in May, bitcoin rose an incredible 47%; beating other such macro hedges to the punch by some magnitude.

This, of course, is not something Mobuis would agree with; he hasn’t garnered a reputation as a bitcoin basher for nothing. The veritable guru of the investment world recently added to his long-fought tirade against crypto by calling bitcoin “psycho-currency.” According to Mobuis, cryptocurrency’s value derives solely from “faith.” Arguably, the same can be said for gold; much like bitcoin, its value has been long pegged on perceived worth and scarcity.

Interestingly, in a recent turn of events, Mobuis seemingly relaxed his stance, noting that a crypto-backed by gold could have some merit.

“If there is a cryptocurrency that is really backed by gold and there is a meaningful agreement and some kind of modern thing of this connection, then this could be quite interesting,”

The combination of such assets is an interesting compromise; however, some would likely argue that bitcoin satisfies the criteria for this already. 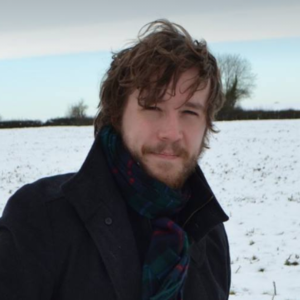